Shingles may up stroke risk in young adults : Study 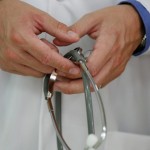 New research shows that having shingles may increase the risk of having a stroke years later. Researchers at the University College London, UK, found that people ages 18 to 40 who had singles were more likely to have a heart attack, stroke, or transient ischemic attack (TIA), years later than those who did not have shingles. People over 40 who ... END_OF_DOCUMENT_TOKEN_TO_BE_REPLACED 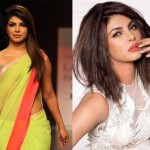 Priyanka Chopra has been voted as Hottest Woman Of 2013 for Maxim India for the second time after winning the title in 2011! She has beaten Indian and international celebs to claim the throne. The Hot 100 is Maxim magazine’s annual listing of the hottest women in the world. Now in its sixth year, over 3,59,450 people have voted in ... END_OF_DOCUMENT_TOKEN_TO_BE_REPLACED 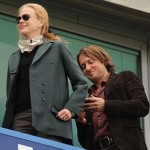 Colin Farrell “made a decision” not to change his lifestyle when he became a father – even though he was a “drug-addicted drunk”. The Irish actor is known for his hard-partying ways and spent time in rehab in 2005 where he was treated for prescription and recreational drug addiction. In 2003 he became a dad when model Kim Bordenave gave ... END_OF_DOCUMENT_TOKEN_TO_BE_REPLACED 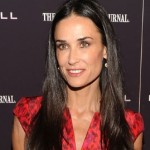 It’s rest, relaxation and rehab for Demi Moore, as People reports a Monday night hospital visit has led the star to seek treatment for issues including “exhaustion.” Her rep told TMZ, “Because of the stresses in her life right now, Demi has chosen to seek professional assistance to treat her exhaustion and improve her overall health. She looks forward to ... END_OF_DOCUMENT_TOKEN_TO_BE_REPLACED 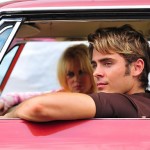 Former “High School Musical” heartthrob Zac Efron did a stint in rehab for cocaine earlier this year, TMZ reported Tuesday. Efron went to rehab after his drug use spiraled out of control while he was filming the Seth Rogen movie, “Neighbors,” in April, the website reported. END_OF_DOCUMENT_TOKEN_TO_BE_REPLACED 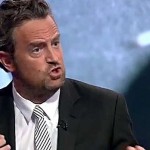 Actor Matthew Perry exchanged heated words with British journalist Peter Hitchens about drug addiction and prevention on BBC’s Newsnight, with the former Friends star claiming Hitchens’ ideas were as “ludicrous as saying that Peter Pan was real”. Hitchens lambasted addicts as people who chose to take drugs and did not deserve sympathy, especially from the “feeble” legal system. END_OF_DOCUMENT_TOKEN_TO_BE_REPLACED 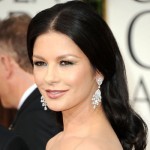 Catherine Zeta-Jones has returned home after leaving a treatment facility where she was being treated for her bipolar II disorder. The actress was spotted driving to her New York City apartment Tuesday after dropping off her daughter at school, according to People and E! News. END_OF_DOCUMENT_TOKEN_TO_BE_REPLACED

The 36-year-old troubled star – who has four-year-old twins Bob and Max with ‘Anger Management’ star Charlie Sheen – is believed to have been battling an addiction to crystal methamphetamine while she was carrying twin boys and allegedly kept this from medical staff involved in the safe delivery of her children – who were born seven weeks early in March ... END_OF_DOCUMENT_TOKEN_TO_BE_REPLACED 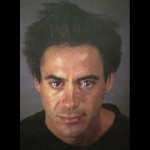 Robert Downey Jr. said he started smoking weed at age 8 and did blow with Jack Nicholson and talked about life in jail and his plans for growing old in a revealing interview with Rolling Stone. The Academy Award nominee divulged that his father started giving him drugs when he was just 8-years-old, which eventually led to a debilitating heroin ... END_OF_DOCUMENT_TOKEN_TO_BE_REPLACED 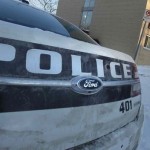 Winnipeg police are investigating the death of a 69-year-old man found in an apartment in St. Vital. On Friday afternoon, police were called to check on the well-being of a resident of a residential block on Fernwood Avenue, in St. Vital’s Alpine Place neighbourhood. The man was found dead and police consider the death suspicious. Police are now awaiting results ... END_OF_DOCUMENT_TOKEN_TO_BE_REPLACED 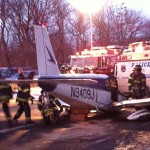 A small single engine airplane made an emergency landing on the Major Deegan Expressway this afternoon, shortly after 3 p.m. north of the Mosholu Parkway intersection. It appears that its three passengers were not seriously injured. The plane, a Piper Cherokee, reportedly left from Danbury, Connecticut for a sightseeing tour around the Statue of Liberty. When it experienced difficulty it ... END_OF_DOCUMENT_TOKEN_TO_BE_REPLACED