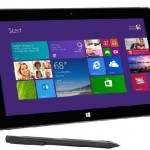 Microsoft pulls latest Surface Pro 2 update following user complaints Microsoft has some trouble on its hands with the latest Surface Pro 2 firmware update. The company has abruptly pulled the update after reports of failed installations (and battery issues in instances where the update was successful). Microsoft originally pushed out the new firmware as part of its December package ... END_OF_DOCUMENT_TOKEN_TO_BE_REPLACED 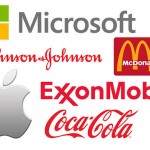 After a stellar year for stocks in the U.S. and other developed markets, what can investors expect in 2014? If the Federal Reserve’s semi-surprise move to taper its support for the U.S. economy is any indication, you can expect more of the unexpected. “2014 is going to feel a lot like 2004 and 1994 when the [U.S.] economy surprised to ... END_OF_DOCUMENT_TOKEN_TO_BE_REPLACED

A former president, a baseball legend, a country music star and a woman who’s a powerhouse in American media were among 16 people honored Wednesday at the White House with the nation’s highest civilian honor, the Presidential Medal of Freedom. The 42nd president, Bill Clinton, joined Chicago Cubs hall of famer Ernie Banks, singer Loretta Lynn, media mogul and talk ... END_OF_DOCUMENT_TOKEN_TO_BE_REPLACED 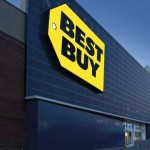 About 32 million Americans say they have not even started their Christmas shopping.  For them and the millions of others who still have items left on their shopping list, Best Buy’s in-store selection of the hottest products, low price guarantee and extended shopping hours is just what Santa ordered. END_OF_DOCUMENT_TOKEN_TO_BE_REPLACED 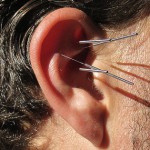 The key to shedding those holiday pounds may be in your ear, according to a small new study published in the journal Acupuncture in Medicine. Researchers from Kyung Hee University in South Korea found that acupuncture performed on five specific points on the outer ear was effective at helping patients lower their BMI, more so than acupuncture done on a ... END_OF_DOCUMENT_TOKEN_TO_BE_REPLACED

Glaxo to stop paying doctors to pump its drugs (VIDEO) 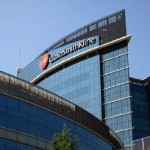 In a major departure from industry practice, GlaxoSmithKline, the sixth-largest global drug maker, announced Tuesday that it will no longer hire doctors to promote its drugs. The company also will stop tying compensation for sales representatives to the number of prescriptions written for drugs they market. The changes will be made worldwide over the next two years. END_OF_DOCUMENT_TOKEN_TO_BE_REPLACED 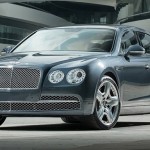 News that England’s Prince William has recently added a £250,000 (Shs 1.02tn) Bentley to his garages is likely to make him the envy of many fathers-to-be up and down the country. The Flying Spur, which the Duke and Duchess of Cambridge will use for high-profile official engagements, is one of the world’s fastest saloon cars with a top speed of ... END_OF_DOCUMENT_TOKEN_TO_BE_REPLACED 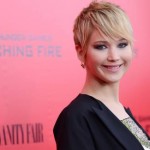 Actress Jennifer Lawrence has spoken out again about body shaming in an upcoming ‘Most Fascinating People’ interview with Barbara Walters, saying it should be “illegal” to call someone fat on TV. The star has made no secret of her distaste for the stick-thin standards in Hollywood and believes the media should be held accountable for bashing people for their figures ... END_OF_DOCUMENT_TOKEN_TO_BE_REPLACED 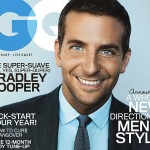 Bradley Cooper has admitted his addictions “hindered” his work. The ‘Silver Linings Playbook’ actor has been sober for nine years and he thinks his alcohol and drug abuse stopped him from “fulfilling his potential”. He said: “I think work was getting f***ed up. In the way that if–the one thing that I’ve learned in life is the best thing I ... END_OF_DOCUMENT_TOKEN_TO_BE_REPLACED 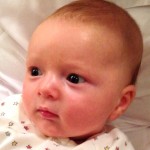 Ivanka Trump took to Instagram on Sunday, Dec. 1, to share a picture of her and husband Jared Kushner’s 7-week-old son. She simply captioned the snapshot, “Joseph.” In the close-up photo, the infant looks wide-eyed while sporting a white onesie with different color stars on it. END_OF_DOCUMENT_TOKEN_TO_BE_REPLACED 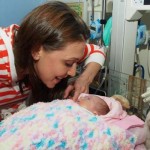 After spending months under the supervision of doctors in California, U.S. Rep. Jaime Herrera Beutler’s infant daughter got to come home to Camas this week. Herrera Beutler shared the good news in a statement Wednesday. She also announced she would travel to Washington, D.C., this week to vote on a federal budget deal, and that she would resume her full ... END_OF_DOCUMENT_TOKEN_TO_BE_REPLACED