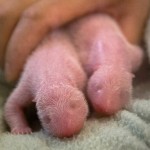 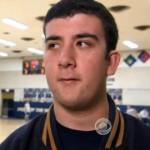 EL PASO, Texas –– The team manager for the Coronado High School Thunderbirds has a developmental disability, but the coach wanted to put him in the last game of the regular season. Coach Peter Morales tells CBS News Mitchell’s love of the game surpasses everyone. “He’s just an amazing person that our basketball team loves being around,” Morales says. So ... END_OF_DOCUMENT_TOKEN_TO_BE_REPLACED 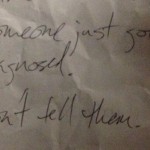 A US waiter says his faith in humanity has been restored after a diner secretly picked up the bill for a pair of strangers who he overheard receiving a devastating diagnosis. “While waiting tables tonight, a mother and daughter started crying mid-meal,” the Boston-area waiter wrote in a Reddit post that is warming hearts across the internet. “I had no ... END_OF_DOCUMENT_TOKEN_TO_BE_REPLACED 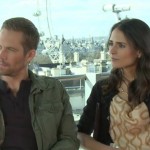 Hollywood lost both an actor and friend Saturday. Paul Walker died at the age of 40 after a car collision and explosion in Southern California, his rep confirmed to Canada Journal. A friend to many and a dad to 15-year-old daughter Meadow, Walker had been gearing up for Fast and the Furious 7 with a 2014 release. END_OF_DOCUMENT_TOKEN_TO_BE_REPLACED 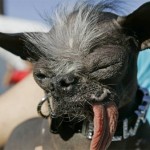 A New Jersey canine that was crowned the world’s ugliest dog in 2007 and later became the topic of a children’s book preaching acceptance has died. Elwood was 8. His owner, Karen Quigley, says the Chinese crested and Chihuahua mix died unexpectedly Thanksgiving morning. The Sewell resident said Elwood had been dealing with some heath issues in recent months but ... END_OF_DOCUMENT_TOKEN_TO_BE_REPLACED 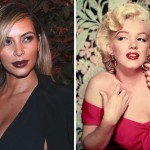 This is Kanye West’s world…we just live in it. At least that’s what he seems to think as he likes to proclaim things on his self, his fiancée and say what he wants about who he wants. The “Bound 2” rapper has some new wisdom to share with the world and here it is. During an interview on Power 105’s ... END_OF_DOCUMENT_TOKEN_TO_BE_REPLACED 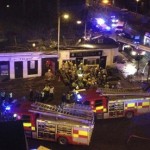 At least eight people were killed late Friday after a police helicopter crashed into a pub in Glasgow, Scotland’s largest city, Police said Saturday. The dead include two police officers, a civilian pilot and five others who were in the Clutha bar in Glasgow when the helicopter came through the roof of the lively city nightspot, which was packed with ... END_OF_DOCUMENT_TOKEN_TO_BE_REPLACED 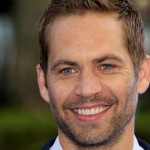 Paul Walker, one of the main stars of the popular Fast and Furious action-movie franchise, was killed on Saturday in a car accident in Santa Clarita, Calif. The actor’s representative, Ame Van Iden, confirmed his death to USA TODAY. He was 40. Walker had returned home for the holidays from the Atlanta set of Fast and Furious 7 and was ... END_OF_DOCUMENT_TOKEN_TO_BE_REPLACED 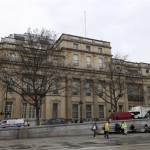 Canada will register a net gain of up to $200 million, and save money each year on operational costs, through the sale of one of its two diplomatic buildings in London, Canadian High Commissioner Gordon Campbell said Thursday. An Indian developer’s purchase of Macdonald House at One Grosvenor Square for $530 million also will allow for an expansion and renovation ... END_OF_DOCUMENT_TOKEN_TO_BE_REPLACED

Farrah Fawcett Portrait by Andy Warhol Goes to Trial : which may be worth $30 million 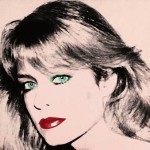 A silkscreen of Farrah Fawcett by Andy Warhol has become the focal point of a legal dispute between Ryan O’Neal, Fawcett’s on-again, off-again partner from 1979 until her death in 2009, and the University of Texas. O’Neal claims Warhol, personally gave him the 1980 portrait of the “Charlie’s Angels” beautie, which may be worth $30 million, and he only left ... END_OF_DOCUMENT_TOKEN_TO_BE_REPLACED 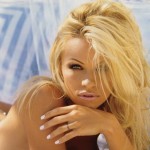 Pamela Anderson appears for the 13th time on the cover of Playboy magazine, a record in its 57-year history. Anderson first graced the Playboy cover in 1989. Since then she has covered the magazine a dozen times, from the age of 22 until now, at the age of 43. Anderson did do a “Dolce Vita” themed photoshoot at the Playboy ... END_OF_DOCUMENT_TOKEN_TO_BE_REPLACED