Home » Canada » Child, 6, dies after being hit by vehicle in Scarborough 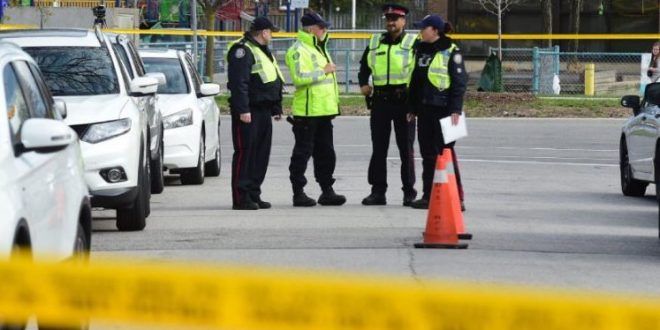 Child, 6, dies after being hit by vehicle in Scarborough

Child, 6, dies after being hit by vehicle in Scarborough

A 6-year-old boy has died after being struck by a vehicle in Scarborough Friday afternoon, Toronto police said.

Const. Craig Brister told The Scarborough Mirror they received a call around 3:30 p.m. that a child and an adult had been hit by a car at Halfmoon Square and Canmore Boulevard, near Ellesmere and Conlins roads in Scarborough.

Toronto paramedics said the child was transported to hospital by emergency run with life-threatening injuries.

Initial reports said the adult was hit as well, but that may no longer be the case.

Canmore Boulevard, between Halfmoon and Parade squares, is closed for the investigation.

Web articles – via partners/network co-ordinators. This website and its contents are the exclusive property of ANGA Media Corporation . We appreciate your feedback and respond to every request. Please fill in the form or send us email to: [email protected]
Previous: Diet drinks linked to increased stroke and dementia risk, A New Study Reveals
Next: Amy Schumer buys $2K mattress for store employee who let her use the bathroom