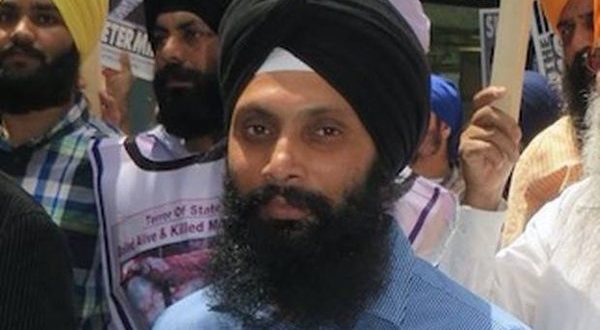 A Surrey man accused by the groups in India of running a terror camp has responded with claims of innocence.

Hardeep Nijjar says he is innocent of the charges and is being targetted by that government.

He along with the group Sikhs for Justice are sending a letter to the prime minister asking for action.

“Because of my campaign for Sikh rights, it’s my belief that I have become a target of an Indian government campaign to label my human rights campaign as terrorist activities,” his letter said.

Over the weekend, The Times of India quoted a Punjab police intelligence report claiming Nijjar is wanted in a 2007 cinema bombing, is now the leader of a group called the Khalistan Terror Force and is running training camps for militants near Mission, B.C.

The report said India would be requesting Nijjar’s extradition.

However, in his letter to Trudeau, he says he is a political activist who has travelled to Geneva, Washington and New York to protest against the Indian government and to ask the United Nations to hold a referendum on Punjab independence.

“Mr. Prime Minister, I want to bring it to your attention that the Indian government’s campaign to label me a terrorist started when I actively participated in a campaign to collect signatures on a complaint to the United Nations Human Rights Council,” the letter said.

“I am a Sikh nationalist who believes in and supports Sikhs’ right to self-determination and independence of Indian-occupied Punjab through a future referendum.”

Nijjar also claims that his family living in and visiting his home state of Punjab have been harassed by police because of his actions.

He said his father and brother were detained last year while visiting India and given a warning for him to curb his “anti-India campaign.”

Interpol has issued a warrant for Nijjar’s arrest based on information received from the Indian Central Bureau of Investigation.

Nijjar says in his letter that India “has blatantly abused its governmental authority” to place his name on the Interpol list without any justification.

And he wants Trudeau to intervene.

“I urge your administration to dispel the Indian government’s fabricated, baseless, fictitious and politically-motivated allegations against me,” Nijjar said.

Web articles – via partners/network co-ordinators. This website and its contents are the exclusive property of ANGA Media Corporation . We appreciate your feedback and respond to every request. Please fill in the form or send us email to: [email protected]
Previous: Fatal accident blamed on ‘roof surfing’ : RCMP
Next: Neurotechnology Releases New Face Recognition Algorithm