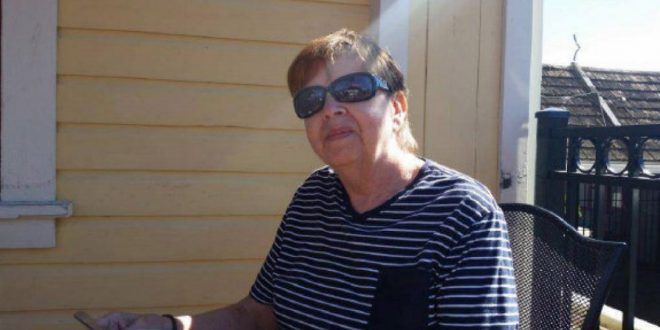 Irene Paquet was reported missing to North Cowichan RCMP on July 30 by her family, who identified her as someone with “significant health issues.”

Irene Paquet’s daughters are in awe of what their 67 year old mother has just survived.

After the 67 year old turned up alive Thursday, found by searchers, six days and five nights after vanishing in the backcountry behind Chemainus, known as Copper Canyon.

Her daughters say she has told them she took a wrong turn after grocery shopping and became trapped behind a logging road gate. So she kept driving trying to find her way out, only to get her car stuck 50 kilometres along the remote wilderness area.

“She says she hit a tree and she put her car into he ditch. She knows that much,” says Celeste Paquet.

She survived on the groceries she had bought before becoming lost and days passed with her worried family and friends looking everywhere for her in the meantime.

“Very traumatic, exhausting experience obviously,” says Celeste Paquet. “I can’t even imagine myself, being out there for six days, day and night, day and night.”

Irene Paquet was ultimately found Thursday when a dirt biker from Lake Cowichan spotted her vehicle and connected posts about a missing woman on Facebook to it, giving searchers a starting point to find her.

Before RCMP service dog Boomer found her disoriented and weak, immobile after falling down a deep embankment.

“Awesome,” says Cpl. Krista Hobday of North Cowichan/Duncan RCMP. “How awesome was that. The likelihood after that many days given her medical condition and her age. Awesome.”

All contributing to what Paquet’s daughters call a miracle that their mother will be recovering from in Nanaimo hospital for several more days.

Web articles – via partners/network co-ordinators. This website and its contents are the exclusive property of ANGA Media Corporation . We appreciate your feedback and respond to every request. Please fill in the form or send us email to: [email protected]
Previous: Manchester house explosion: Man dies after huge blast destroys family home
Next: BlackBerry launches its applications on Android – Specs & Hardware