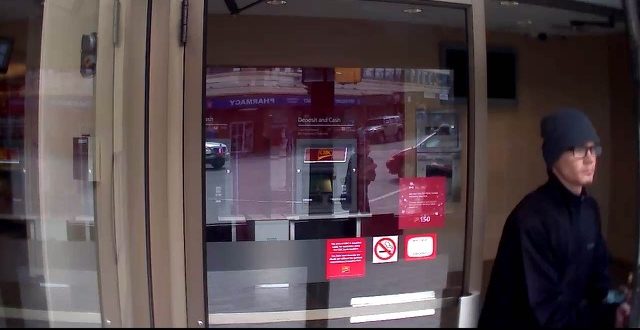 KAMLOOPS – Police say a lone man entered the CIBC in downtown Kamloops and demanded cash before fleeing on foot.

“We had reports that a lone male entered the bank, asked for an amount of money, and was provided with an undisclosed amount of money. That male then departed on foot.”

Butler says no weapon was produced.

The suspect is described as white, slim, and wearing a grey toque, black jacket, reading glasses and dark casual pants.

Anyone with information is asked to call the RCMP or Crimestoppers.

Web articles – via partners/network co-ordinators. This website and its contents are the exclusive property of ANGA Media Corporation . We appreciate your feedback and respond to every request. Please fill in the form or send us email to: [email protected]
Previous: Coral Reef Bleaching Could Cost $1 billion in annual tourism revenue
Next: Researchers discover fossil of dinosaur ancestor with surprising croc-like appearance