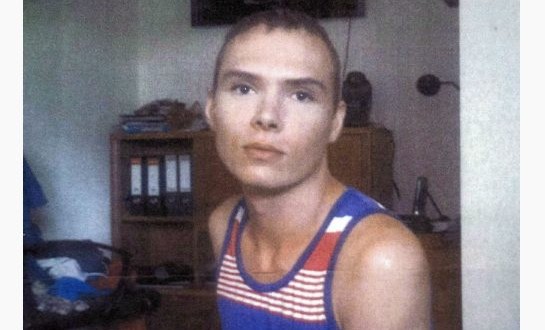 Jean-Christophe Robert thought he was a polite enough guy. He even offered to take off his shoes before entering the apartment.

But a few days later, Robert saw a photo of Luka Magnotta circulating in the news and felt panicked that this wanted killer had spent the night in Robert’s Paris apartment.

Robert, who gave his testimony in France in June, met Magnotta around the end of April 2012 on the online dating site PlanetRomeo. The two had about six or seven exchanges and one phone call, said Robert, whose recorded testimony was played Monday as the fifth week of Magnotta’s first-degree murder trial got underway.

Defence lawyer Luc Leclair suggested that Robert, now 51, was trolling for young men for kinky sexual activities including urination, defecation and nudism, all of which Robert denied. At one point, Leclair asked Robert if he had asked Magnotta to urinate on him, to which Robert blurted out a surprised reaction, again denying it.

Earlier, the jury of eight women and six men heard from two other witnesses.

Lawyer Sylvie Bordelais testified that her mother’s name, Renee Bordelais, and her address were indeed the ones written as the sender of the parcel containing body parts belonging to the victim Jun Lin which was mailed to the Liberal Party of Canada in May 2012.

Bordelais testified she didn’t recognize the handwriting, adding her mother would have been in the Caribbean at the time.

Bordelais acknowledged Thierry Bordelais is her brother. He is married to convicted killer Karla Homolka, whom she once represented.

Ballistics expert Gilbert Desjardins testified that certain marks on the bones of the victim could have been made by a knife, others by a saw. But he testified he could not match any specific marks with any specific tools recovered by police at the crime scene.

Luka Magnotta is charged in the first degree murder of Concordia University student Jun Lin in May 2012. He also faces four other charges including committing an indignity to a body. The defence says Magnotta may have committed the acts but was non-criminally responsible due to mental disorder.

Web articles – via partners/network co-ordinators. This website and its contents are the exclusive property of ANGA Media Corporation . We appreciate your feedback and respond to every request. Please fill in the form or send us email to: [email protected]
Previous: Teresa Giudice : Actress to serve jail sentence at ‘Orange is the New Black’ prison
Next: Population reduction no answer to environmental problems, study says