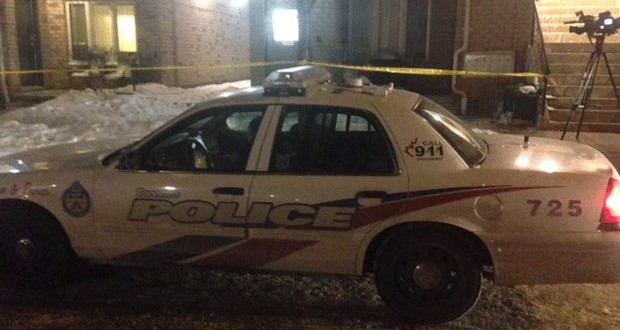 Man dies after suspicious incident near Eglinton and Laird : Police

Man dies after suspicious incident near Eglinton and Laird : Police

Toronto police are investigating the death of a man near Eglinton Avenue and Laird Drive that they’re calling “suspicious.”

It was just after midnight that police and paramedics responded to the call on Thomas Elgie Drive.

The man was found outside on the street and Toronto paramedics said initially he had been stabbed in the leg. He was rushed to Sunnybrook Hospital without any vital signs.

Toronto police say he was cut and they are treating his death as suspicious. They are not searching for any suspects at this time.

Web articles – via partners/network co-ordinators. This website and its contents are the exclusive property of ANGA Media Corporation . We appreciate your feedback and respond to every request. Please fill in the form or send us email to: [email protected]
Previous: Madonna Falls During Brit Awards Performance (Video)
Next: O’Reilly Lied About Witnessing Murder of Nuns in El Salvador (Video)