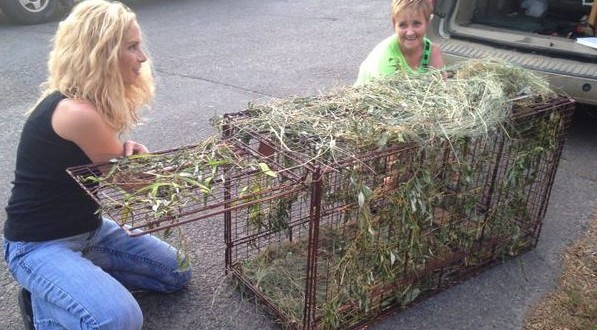 Manitoba cat with bug catcher on head is caught safe

Manitoba cat with bug catcher on head is caught safe

The Butterscotch saga began on July 23 when the cat was spotted wandering a Brandon neighbourhood with its head stuck in some kind of contraption that was initially believed to be a bird feeder.

With fears that he couldn’t properly eat, drink or see, BALA volunteers were trying to capture the cat and ensure its safety. But the wily stray, which they dubbed Butterscotch, was easily spooked and eluded them every time.

As Butterscotch’s dilemma went viral nation-wide, the story took an even weirder turn. A man in the neighbourhood, volunteers alleged, was deliberately interfering with the Butterscotch hunt, sabotaging traps and scaring the cat away from people trying to catch it.

Saturday morning, though, Butterscotch was finally caught in an animal trap.

City animal control officers were expected to take him to Grand Valley Animal Clinic later this morning for an examination.

Web articles – via partners/network co-ordinators. This website and its contents are the exclusive property of ANGA Media Corporation . We appreciate your feedback and respond to every request. Please fill in the form or send us email to: [email protected]
Previous: Researchers make cheap robots that assemble themselves
Next: Three Americans killed in Canada plane crash