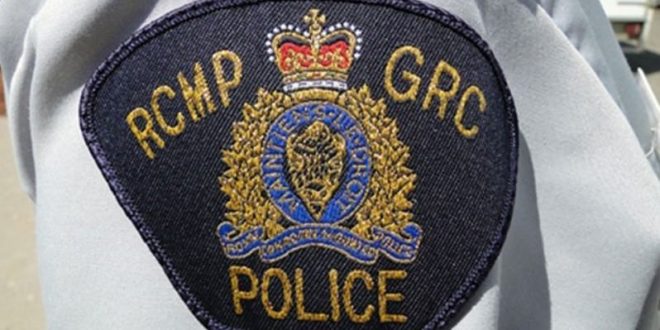 The RCMP says that it has arrested a Toronto man for leaving Canada to participate in the activity of a terrorist group.

The RCMP alleges 27-year-old Pamir Hakimzadah travelled to Turkey during the fall of 2014 to join the Islamic State but was subsequently returned to Canada after being detained by Turkish authorities.

Toronto cops are also holding Hakimzadah for an incident last June 27. He is charged with uttering threats, assault and assault causing bodily harm.

Cops say he was known to them prior to the June incident but would not elaborate.

Hakimzadah came onto the Mountie’s radar in 2016 with allegations he had ventured to the Middle East to fight for ISIS.

His arrest was part of the Mounties’ “extensive” Project Sachet anti-terror campaign.

Officials hastened to add that at no time was the Canadian public at risk.

“As Canada’s national police force, the RCMP works with our partners to ensure the comprehensive and timely response to terrorist criminal activity and national security criminal investigations both at home and abroad,” Supt. Lise Crouch said.

“The support of our policing partners, in this case the Toronto Police Service, is essential in the successful outcome of these investigations.”

A press release said Hakimzadah is in custody in Toronto facing outstanding criminal allegations from city cops and is expected to appear in court Thursday.

He is also charged with an offence under Section 83.181 of the Criminal Code, for allegedly leaving Canada to participate in the activities of a terrorist group.

Anyone with information can also contact Toronto police at 416-808-2222, Crime Stoppers anonymously at 416-222-TIPS (8477), online at www.222tips.com, or text TOR and your message to CRIMES (274637). Tips can also be left on facebook at https://www.facebook.com/TorontoPolice. There’s also a free Crime Stoppers Mobile App on iTunes, Google Play or Blackberry App World.

Web articles – via partners/network co-ordinators. This website and its contents are the exclusive property of ANGA Media Corporation . We appreciate your feedback and respond to every request. Please fill in the form or send us email to: [email protected]
Previous: Antibiotics overuse could cause bowel cancer, A New Study Reveals
Next: Astronomers begin trying to image black hole event horizon