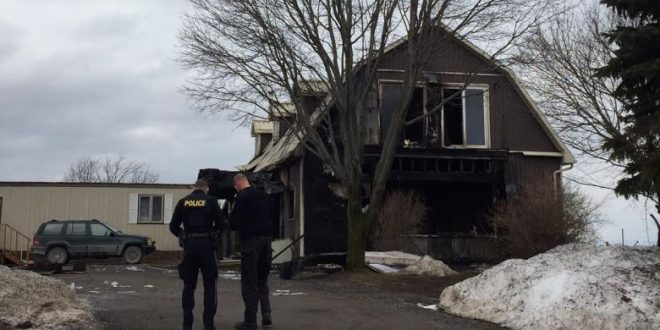 The second victim of the fire died in hospital, Ontario Provincial Police said in a statement on Monday.

Kawartha Lakes OPP said in a media release Monday afternoon that a staff member at the youth facility has died of injuries sustained in the fire.

Police were called to a disturbance at the facility, located at 725 Quaker Rd., at about 3:30 p.m. OPP say the structure was on fire and fire and ambulance crews were then called to the scene. One person from the facility was pronounced dead on Friday. Two other people were taken to hospital with injuries.

OPP are not releasing any information about the victims.

Web articles – via partners/network co-ordinators. This website and its contents are the exclusive property of ANGA Media Corporation . We appreciate your feedback and respond to every request. Please fill in the form or send us email to: [email protected]
Previous: Humans Cause Most of America’s Wildfires, Says New Study
Next: Candice Rochelle Bobb: Pregnant woman slaying; Police update case (Video)