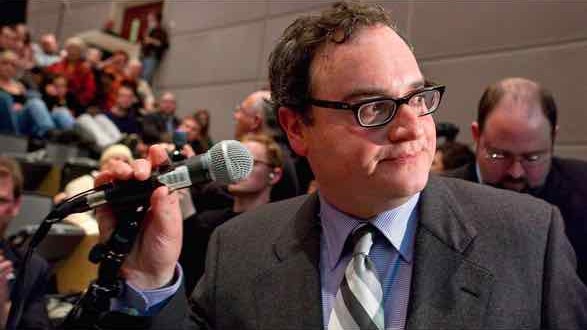 Ezra Levant makes his living saying things most people would never say. Now he’s going to have to pay for it.

“I find the defendant’s dominant motive in these blog posts was ill-will and that his repeated failure to take even basic steps to check his facts showed a reckless disregard for the truth,” wrote Justice Wendy Matheson in her ruling, which also called for Levant to remove the offending posts from his website within 15 days.

Levant told the Star he plans to appeal the judgment.

Khurrum Awan, a Regina-based commercial litigation lawyer, launched the $100,000 suit in response to nine blogs in which Levant labeled him a liar, anti-Semitic and a jihadist during and after a 2008 B.C. Human Rights Tribunal hearing. He alleged the posts hindered his ability to find a job.

A student at Osgoode Hall Law School at the time, Awan testified at the hearing over concerns about a Maclean’s magazine article he considered to be Islamophobic.

Levant’s posts, mostly headlined a variation of “Awan, the liar,” were critical of Awan’s association with the Canadian Islamic Congress and its founder Mohamed Elmasry, whom Levant characterized “anti-Semite-in-chief.”

Justice Matheson shot down Levant’s fair comment defence on the grounds that his comments were motivated by malice toward Awan for his connection to Elmasry. She also pointed out “numerous” errors in Levant’s reports.

“He did little or no fact-checking regarding the posts complained of … Nor did he accurately report what was taking place at the hearing,” she wrote.

“As for the nature and seriousness of the defamatory statements, they are extremely serious. They go to the heart of both the plantiff’s reputation as a lawyer and as a member of our society.”

Awan’s lawyer, Brian Shiller, told the Star his client was happy with the decision.

“Awan is pleased that the court has ruled against Mr. Levant and restored his hard-earned reputation.”

In an email to the Star, Levant said the ruling was “troubling.”
“It is a national gag order, which has the effect of silencing and punishing critics of anti-Semitism.”

Because the posts were published to Levant’s personal blog, he said he is paying for his legal fees out-of-pocket. He has set up a crowdfunding campaign to help with the costs.

Web articles – via partners/network co-ordinators. This website and its contents are the exclusive property of ANGA Media Corporation . We appreciate your feedback and respond to every request. Please fill in the form or send us email to: [email protected]
Previous: Eye of Sauron measurements : New Technique Discovered to Calculate Distances to Galaxies
Next: Unusual clam: Scientists say new species one-of-a-kind find