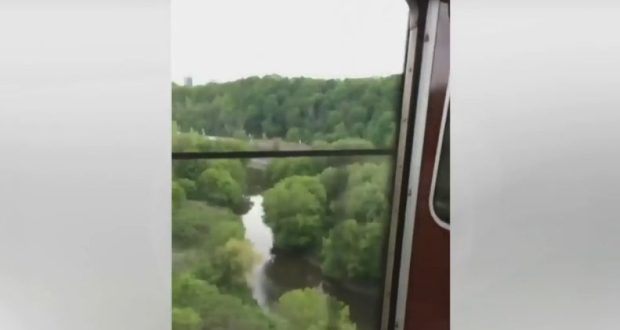 Video footage posted on Twitter showing a subway train crossing the Bloor Viaduct with a pair of its doors gaping open has prompted an investigation by the TTC.

Around 6:00pm, a train leaving Castlefrank station heading east to Broadview was unable to close the doors on one of it’s cars as it traveled across the Bloor Viaduct.

A passenger caught it all on video.

TTC spokesperson Brad Ross confirmed that it happened and that the organization is treating it as a serious matter.

A similar incident took place in 2013 when doors on a Yonge line train suddenly opened. The TTC said that incident was due to “human error.”

Web articles – via partners/network co-ordinators. This website and its contents are the exclusive property of ANGA Media Corporation . We appreciate your feedback and respond to every request. Please fill in the form or send us email to: [email protected]
Previous: ‘Fat Leonard’ Scandal: three new defendants charged in navy bribery scheme
Next: Nissan Leaf enjoys electric taxi boom