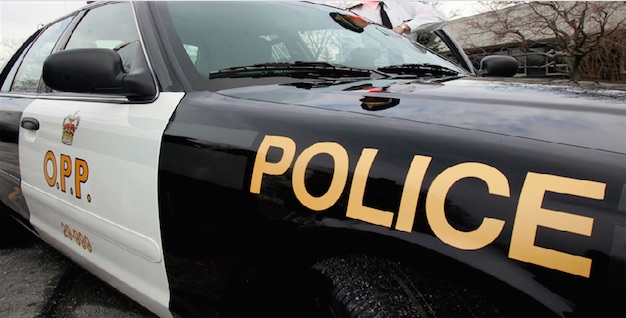 Two men are dead and a three-year-old boy has been rescued after a canoe capsized in a lake north of Kingston, Ont., on Saturday evening.

The canoe capsized on Bob’s Lake, about 100 metres from shore off Mica Point Lane in the Township of South Frontenac, at about 8:45 p.m. ET, Ontario Provincial Police said in a media release issued Sunday.

The child’s father, 29-year-old Justin Thomas Butts of Kingston, and the second victim, 23-year-old Daniel MacDonald, also of Kingston, were friends, according to the OPP. They were not wearing life-jackets.

The OPP were called to the scene around 8:45 p.m. on Saturday when two adult men went under water. Fire services was also on scene and civilians also participated in the rescue effort, which ceased due to nightfall. The OPP Underwater Search and Recovery Unit located the victims’ bodies at about 1 p.m. the next day.

The child was taken to Kingston General Hospital for observation and later released to family members.

“There’s no real outside factor; we think they lost balance and the canoe capsized on the three of them, and they all went into the water,” said Const. Roop Sandhu. “One of them was believed to be a good swimmer but (we’re) not sure about the other one, at least according to family.”

Police suspect the two men drowned when one tried to help the other, who was struggling in the water.

Bob’s Lake is located about 123 kilometres southwest of Ottawa.

Web articles – via partners/network co-ordinators. This website and its contents are the exclusive property of ANGA Media Corporation . We appreciate your feedback and respond to every request. Please fill in the form or send us email to: [email protected]
Previous: Husband charged in disappearance of Calgary actress Shannon Madill
Next: Jennifer Fichter : Florida Teacher gets 22 years for student sex “Video”