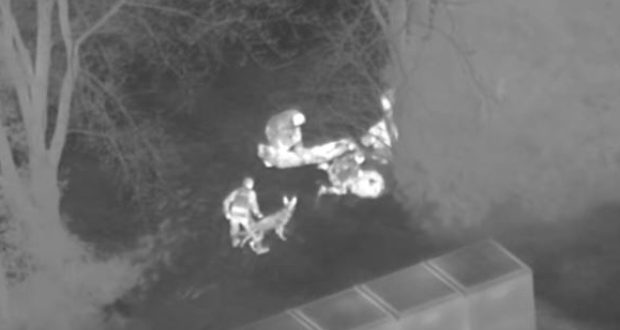 Police north of Toronto say they used a helicopter with thermal cameras and dogs to intercept three teenagers who had broken into the Canada’s Wonderland amusement park during the night to steal candy.

The youths allegedly broke into the Vaughan amusement park around 10:30 p.m. Saturday and stole candy from one of the stores.

They were spotted by security but then disappeared in the park.

The thermal camera in the police chopper — which was already in the air at the time — easily pinpointed their location.

The canine unit then tracked the boys on the ground. Two are 16 years old and one is 15. They all live in Vaughan.

Police said the boys were cooperative and are sorry for their actions.

They were released into the custody of their parents and entered into the community referral program.

Web articles – via partners/network co-ordinators. This website and its contents are the exclusive property of ANGA Media Corporation . We appreciate your feedback and respond to every request. Please fill in the form or send us email to: [email protected]
Previous: Hubble captures auroras on Uranus (Photo)
Next: Researchers unravel mystery of the loose shoelace (Video)