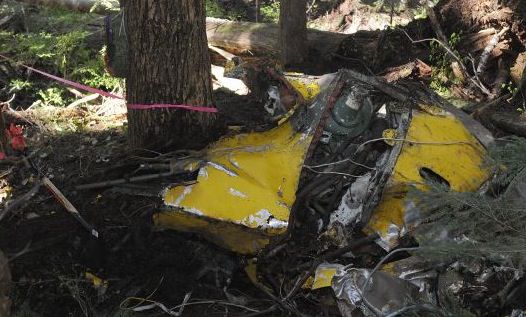 Three British airmen who disappeared on a training flight during World War II will finally be given a fitting burial after their crashed plane was discovered on a remote mountainside in Canada.

The Avro Anson twin-engine aircraft went missing on October 30, 1942, failing to return from a navigation training flight from the southern tip of Vancouver Island.

It wasn’t until last fall, 71 years later, that a logging crew uncovered the remains on a mountain near Port Renfrew.

He says, “In May of this year, members of the Coroner’s Service as well as a number of specialists from National Defence went into the area and performed a very, thorough recovery effort.”

Brown says officials have notified the families, including the Canadian siblings in Alberta who are now in their 90′s.

Web articles – via partners/network co-ordinators. This website and its contents are the exclusive property of ANGA Media Corporation . We appreciate your feedback and respond to every request. Please fill in the form or send us email to: [email protected]
Previous: MANTRA : No plans for patio smoking ban
Next: Sinkhole closes parking lot near Legoland in Florida