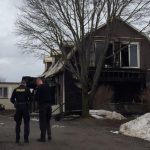 The second victim of the fire died in hospital, Ontario Provincial Police said in a statement on Monday. Kawartha Lakes OPP said in a media release Monday afternoon that a staff member at the youth facility has died of injuries sustained in the fire. END_OF_DOCUMENT_TOKEN_TO_BE_REPLACED 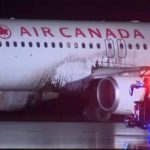 The Transportation Safety Board is investigating after an Air Canada flight from Halifax skidded off the runway at Toronto Pearson International Airport on Friday night. Air Canada Flight 623 arriving from Halifax carrying 118 passengers slid off the runway amidst heavy fog and rain on Saturday, shortly after midnight. Media reports indicate there was damage to the side of the ... END_OF_DOCUMENT_TOKEN_TO_BE_REPLACED

Westjet investigating after chunk of ice falls through Calgary home 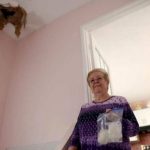 Calgary fire officials say they’ve determined that a large piece of ice that crashed through the roof of a home in the city came from a passing airplane. Police officer Andy Nguyen said emergency crews were called to a home in the 100 block of Doverthorn Bay S.E. after reports of what the two adults living in the residence told ... END_OF_DOCUMENT_TOKEN_TO_BE_REPLACED

An inquest will be held into the in-custody death of aboriginal artist Moses Beaver. Nishnawbe Aski Nation Grand Chief Alvin Fiddler and Nibinamik First Nation Chief Johnny Yellowhead say Beaver, a renowned Woodlands artist, is believed to have died in a jail in Thunder Bay, Ont., on Monday, but his death has not officially been confirmed. Thunder Bay police say ... END_OF_DOCUMENT_TOKEN_TO_BE_REPLACED 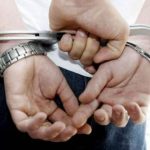 Police have arrested two men accused of slashing a Canadian man with a machete while trying to steal a gold necklace from his female Thai companion last week. The two suspects were identified by police… The Bangkok Post reported in its online edition that Canadian Philip Sullivan, 68, and King Kulkaew of Bangkok had left a restaurant on foot last ... END_OF_DOCUMENT_TOKEN_TO_BE_REPLACED 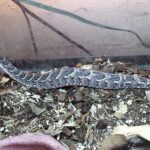 Police are warning people that a number of venomous snakes stolen from a Thorold home Saturday night include young cobras with the full venom strength of adult snakes. The stolen snakes include several juvenile cobras, rattlesnakes, adders and vipers, and a pregnant albino boa, Niagara Regional Police report. The stolen snakes range in size from 12 to 106 centimetres. The ... END_OF_DOCUMENT_TOKEN_TO_BE_REPLACED 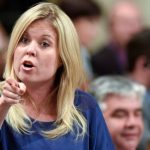 Michelle Rempel and Tony Clement, Two Conservative MPs are calling on the federal government to act to stop the flow of people illegally crossing the United States border into Canada. Tory MP Tony Clement said the illegal crossings are unsafe and place a burden on local law enforcement. END_OF_DOCUMENT_TOKEN_TO_BE_REPLACED 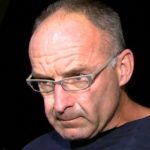 Douglas Garland sentenced to 75 years in prison without parole for ‘meticulous’ triple murder. Justice David Gates sentenced the convicted triple-murderer to serve three 25-year sentences consecutively – meaning Garland would be 129 years old before being eligible to apply for parole. Garland was convicted of killing Alvin and Kathy Liknes and their five-year-old grandson, Nathan O’Brien in June of ... END_OF_DOCUMENT_TOKEN_TO_BE_REPLACED 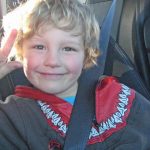 I wanted to share my gratitude as we mark the completion of the trial that brought justice for the family of Alvin and Kathy Liknes and Nathan O’Brien. From the moment that the first call came in to us about their disappearance, to the testimony that was shared in the courtroom, I know the impact of this investigation has been ... END_OF_DOCUMENT_TOKEN_TO_BE_REPLACED 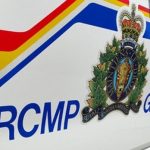 Two people have died following a plane crash, just west of Calgary on Monday night, says police. Mount Royal University (MRU) has confirmed two instructors were the sole occupants on board one of the school’s planes when it went down. Police received the first report of the crash at 5:55 p.m. from another aircraft, after someone on board witnessed the ... END_OF_DOCUMENT_TOKEN_TO_BE_REPLACED 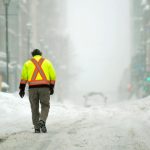 ‘Intense’ snowstorm brings parts of Atlantic Canada to standstill. A wide swath of the Maritimes was shut down Monday by a massive, slow-moving blizzard that churned out a swirling mass of snow and ice pellets as it trudged across the region — and then refused to move on. The heavy snow and powerful wind gusts — at times topping 120 ... END_OF_DOCUMENT_TOKEN_TO_BE_REPLACED