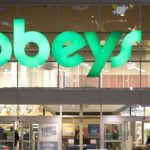 The first phase of Michael Medline’s plan to transform Empire Ltd.’s Sobeys grocery subsidiary is substantially complete. Of that total, 150 Sobeys office employees in Nova Scotia have been given layoff notices, including 100 people at the corporate head office in Stellarton. Sobeys is a wholly owned subsidiary of Empire Co. Ltd., which is still controlled by the founding Sobey ... END_OF_DOCUMENT_TOKEN_TO_BE_REPLACED 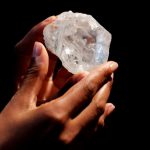 The world’s second-biggest diamond has finally found a buyer. After failing to sell at a Sotheby’s auction last year, the 1,109-carat uncut stone has now fetched $53 million in a private sale to luxury jeweler Graff Diamonds. London-based jeweller Laurence Graff bought the Lesedi La Rona diamond, which was found in Botswana in 2015. The seller was the Canadian Lucara ... END_OF_DOCUMENT_TOKEN_TO_BE_REPLACED 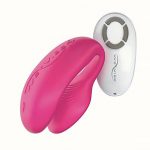 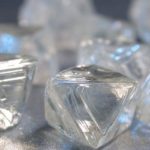 Very small diamonds have been discovered in Manitoba, a first for the province, says a Winnipeg geologist. Mineral prospecting reports confirm the existence of diamond mining potential after Manitoba Geological Survey geologists and Lynx Consortium discovered diamonds for the first time in the province’s history. END_OF_DOCUMENT_TOKEN_TO_BE_REPLACED 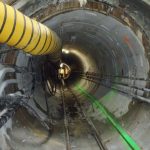 Metro Vancouver has opened a new $240-million tunnel built under the Fraser River to ensure drinking water keeps flowing to Surrey and South-of-Fraser residents in the event of an earthquake. The Port Mann connection is one of the key links between Metro Vancouver’s watersheds and the communities south of the Fraser. Replacing this crossing was the first in a series ... END_OF_DOCUMENT_TOKEN_TO_BE_REPLACED 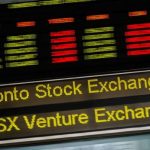 The TSX has seen four straight record closes and seven straight winning sessions as it continues to build on its post-election momentum. At the close in Toronto, the S&P/TSX Composite rose 0.37% to hit a new all time high. The best performers of the session on the S&P/TSX Composite were ProMetic Life Sciences Inc. (TO:PLI), which rose 8.47% or 0.200 ... END_OF_DOCUMENT_TOKEN_TO_BE_REPLACED 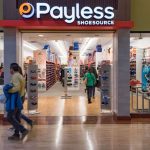 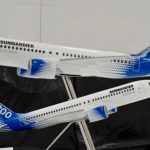 The Canadian government will loan Bombardier Inc. $372.5 million over the next four years to help fund research and development of its new Global 7000 business jet and its CSeries line of aircraft. The funding will be provided over four years and adds to C$350 million in repayable launch aid for the C Series the federal government agreed to provide ... END_OF_DOCUMENT_TOKEN_TO_BE_REPLACED 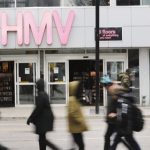 HMV is shutting down all of its stores in Canada. According to legal documents obtained by the CBC, all remaining stores in Canada must cease operations by April 30. The majority of HMV Canada’s head office staff has been laid off, and the company owes its major suppliers, which include music labels and media studios, a reported $56 million as ... END_OF_DOCUMENT_TOKEN_TO_BE_REPLACED 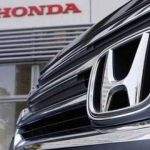 Honda Canada Inc. will invest $492 million in its plant in Alliston, Ontario, the automaker said in an announcement in Monday which coincided with the long-awaited changes to the federal government’s automotive innovation fund. The new investment brings Honda’s total Canadian facilities investment to over $4.7 billion. In 1986, Honda became the first Japanese auto maker to build a manufacturing ... END_OF_DOCUMENT_TOKEN_TO_BE_REPLACED 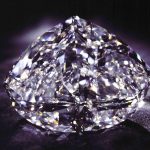 De Beers Canada is ending an agreement with another company to hunt for diamonds at the Western Athabasca Basin in Saskatchewan. The world’s largest diamond mining company says it is walking away from its search for the precious stones on a 43,000-acre property in northern Saskatchewan after several “targets” turned out to be magnetic minerals mixed with organic materials. De ... END_OF_DOCUMENT_TOKEN_TO_BE_REPLACED