Jane Got a Gun: Natalie Portman Gets Very Angry in the Trailer for the Long-Awaited Western (Video) 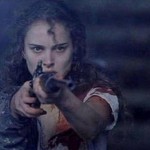 A glimpse of Natalie Portman as badass housewife in “Jane Got a Gun” is given in the Western flick’s first trailer. Natalie Portman plays Jane Hammond, a frontierwoman who takes it upon herself to protect her outlaw husband, Bill Hammond (Noah Emmerich), from the Bishop Boys, a gang that’s out for his blood. END_OF_DOCUMENT_TOKEN_TO_BE_REPLACED 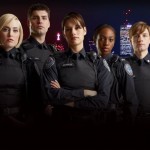 ABC’s summer hit series Rookie Blue has been canceled after six seasons on the air. Produced in Canada and set in Toronto, the show premiered in 2010 and ran for 74 episodes. It aired on ABC in the U.S. and on Global here at home. It reached its lowest ratings during its most recent season. END_OF_DOCUMENT_TOKEN_TO_BE_REPLACED 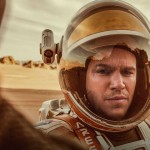 The Martian starring Matt Damon dominated the box office in its second straight weekend of release, hauling in $37 million to bring its total to more than $108 million. Holding on to second place for another weekend, Hotel Transylvania 2 continues to draw audiences in, taking in an additional $20.3 million. At Tribute.ca, viewers gave it a very respectable rating ... END_OF_DOCUMENT_TOKEN_TO_BE_REPLACED

Transformers: Franchise confirmed to have up to four more sequels “Video” 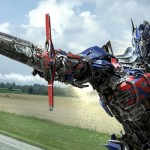 Hasbro Studios has confirmed that there will be four more sequels of “Transformers”. Stephen J. Davis dropped the news during a keynote in which he spoke about how the company had put together a writer’s room with a number of leading screenwriters. END_OF_DOCUMENT_TOKEN_TO_BE_REPLACED

The Walk Is Literally Causing Viewers to Vomit “Video” 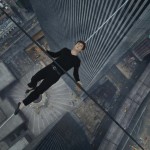 Joseph Gordon-Levitt’s ‘The Walk’ is Making Movie-Goers Vomit. Looking for a movie to give you immense feelings of vertigo which may or may not have you rushing to the bathroom to vomit? Robert Zemeckis’s film, which tells the story of Philippe Petit’s tightrope walk between the Twin Towers in 1974, reportedly caused one audience member to vomit after a New ... END_OF_DOCUMENT_TOKEN_TO_BE_REPLACED 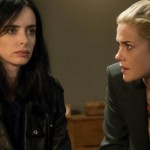 Jessica Jones, Netflix’s and Marvel’s first new show together since Daredevil, isn’t your regular superhero tale. The new trailer (above) drives that point home. Starring Krysten Ritter as the eponymous female superhero-turned-detective, the brief clip shows Jones struggling to wake up at 3 p.m., demonstrating her super-strength on the offending alarm clock. Jones’ disorganized lifestyle is also hinted at in ... END_OF_DOCUMENT_TOKEN_TO_BE_REPLACED 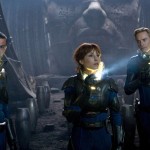 Ridley Scott’s plans for the new sequel/prequel have become Alien: Paradise Lost, which will join the other seven movies in the impossibly sprawling franchise. In a recent interview, the Blade Runner director announced that he had three sequels to Alien forerunner Prometheus in the works, saying he hopes the final one would link back to the original 1986 film. END_OF_DOCUMENT_TOKEN_TO_BE_REPLACED

John Wick 2 to start shooting in the autumn ‘Report’ 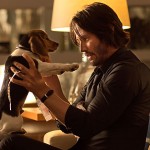 John Wick 2 filming will begin this fall, Thunder Road today confirmed as part of the announcement of their upcoming Outlaws Inc. film. According to ComingSoon, John Wick 2 will begin filming this fall. Pretty much the entire creative team is back on board, with David Leitch and Chad Stahelski directing and Derek Kolstad penning the script. Of course, Keanu ... END_OF_DOCUMENT_TOKEN_TO_BE_REPLACED 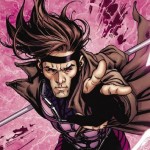 Rupert Wyatt (Rise of the Planet of the Apes) has left Gambit, the X-Men spinoff set to star Channing Tatum as the card-slinging, Bo staff-wielding mutant who harnesses the power of Kenetic energy. “I was very much looking forward to working with my friend Channing and the team at Fox,” says Wyatt, “but regrettably a push in the start date ... END_OF_DOCUMENT_TOKEN_TO_BE_REPLACED 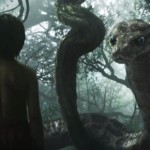 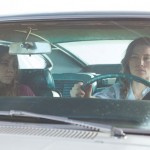 Gravitas Ventures has acquired North American rights to Bleeding Heart, a thriller written and directed by Diane Bell that stars Jessica Biel and Zosia Mamet. It is coming off its premiere at the Tribeca Film Festival. The plan is to release the pic on demand November 3 followed by a theatrical release December 11. END_OF_DOCUMENT_TOKEN_TO_BE_REPLACED