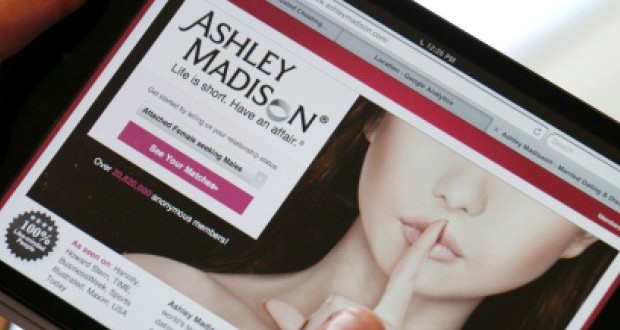 Ashley Madison – If you’re going to go public with a dating site for adulterers, there’s no place like swinging London.

The Toronto-based Avid Life Media says it’s planning a London public stock offering sometime this year because “Europe is the only region where we have a real chance of doing an IPO,” Christoph Kraemer, the company’s head of international relations, told Bloomberg. “We’re no longer a niche, but it’s been difficult in North America to find the support to go public.” Europe, he said, is more tolerant of adultery.

And yet, while AshleyMadison operates in 46 countries, fully half of the cheaters on the site are in the United States. So maybe it’s more precise to say that Americans are too publicly moral, clutching our pearls until we’re alone in a room with our computers and smartphones, credit-cards out.

And not just a few credit cards. Somewhere around 18 million of AshleyMadison’s users are in the United States. The site has approximately 36 million users worldwide.

Avid Life, which also operates Cougarlife.com (which connects women of a certain age with their generally-younger admirers) and EstablishedMen.com, (a “sugar daddy” site), said Wednesday that it wants to raise up to $200 million to help it beef up to meet soaring demand for its services. You may cry now.

Avid Life claimed sales of $115 million last year, four times higher than in 2009, and says it’s worth about $1 billion. The site launched in 2001, and has been a target of moral outrage all along — to its own benefit. That’s the great thing about working in a business that is considered sleazy or marginal by just about everyone, including its own customers: when somebody calls you sleazy, that’s a good thing, at least from a marketing standpoint.

Avid Life says Asia is its next big market, and claims that more than half of its business will come from that continent by 2020 (a figure that would likely be much higher if the company could operate in China, but it’s hard to imagine the site, with its slogan “Life is Short. Have an Affair,” getting through that country’s government Internet filters).

AshleyMadison’s owners are often characterized as “unapologetic” (by polite news reporters) or as “shameless” (by less-polite critics). But like many companies that serve human vice, Avid Life has displayed a certain ambivalence about its business, at least in public statements. Kraemer told Bloomberg: “We’ve had stories from members that we’ve returned love to the marital bed and made others realize the grass is not greener on the other side.”

Which seems like an odd thing to say for a company that sells itself on the notion that the grass is so much greener on the other side that you want to leap the fence and roll around in it—and drain some money from your bank account for the privilege.

Web articles – via partners/network co-ordinators. This website and its contents are the exclusive property of ANGA Media Corporation . We appreciate your feedback and respond to every request. Please fill in the form or send us email to: [email protected]
Previous: Nicki Minaj Engaged to rapper Meek Mill, Shows Off Huge Ring On Left Hand
Next: Divorce could be bad for your heart in more ways than one, says study