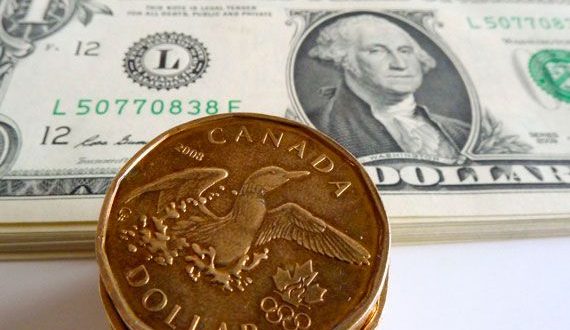 The Canadian dollar weakened to a three-week low against its U.S. counterpart on Friday as a plunge in global financial markets after Britain voted to leave the European Union weighed on Canada’s risk-sensitive currency.

The vote to leave the European Union forced the resignation of Prime Minister David Cameron and dealt the biggest blow to the European project of greater unity since World War Two.

U.S. crude CLc1 prices tumbled 4.37 percent to $47.92 a barrel and global stocks slumped as the result raised fears of a broader economic slowdown that could reduce demand.

Strategists had warned before the vote that the chances of a Bank of Canada interest rate cut would jump if Britain votes to leave, noting the result could hit global growth and spell bad news for commodity-exporting countries.

Overnight index swaps moved to imply a 27 percent chance of a Bank of Canada rate cut this year after having been priced for no change in policy before the Brexit result.

Canadian government bond prices were much higher across the maturity curve in sympathy with Treasuries as investors rushed into safe-haven assets.

The Canada-U.S. two-year bond spread shifted 5.5 basis points to -12.9 basis points, its smallest gap since May 3 as Treasuries outperformed.

The reaction by markets has been so “violent” because they had been priced for Britain to remain in the EU, said O’Toole.

Web articles – via partners/network co-ordinators. This website and its contents are the exclusive property of ANGA Media Corporation . We appreciate your feedback and respond to every request. Please fill in the form or send us email to: [email protected]
Previous: Transmissible Cancers Plague Mollusks, says new research
Next: OnePlus 3 software update may address RAM, screen critiques “Report”