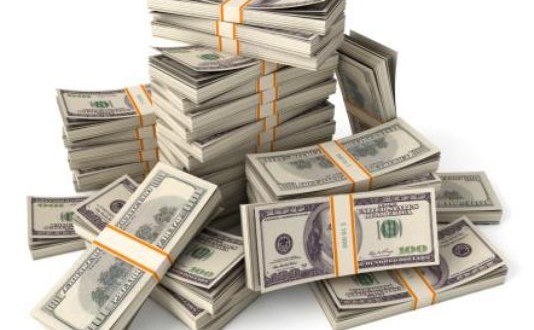 A businessman was sentenced to 12 years in prison and ordered to pay $108 million in restitution for a scheme a federal judge described as “eye popping.”

Wilbur Anthony Huff pleaded guilty to the charges in Manhattan Federal Court on December 23, 2014. On Thursday, U.S. District Judge Naomi Reice Buchwald described Huff’s activities as being so “truly staggering” and “eye popping” as to almost be unbelievable.

Particularly eye-opening to Judge Buchwald was the fact Huff continued to carry out his criminal enterprises even after pleading guilty to a separate mail fraud case in 2003.

“Not being New York, you perhaps are not familiar with the term ‘chutzpah,’ but your activities are a living example of the term,” the judge said.

She went on to define ‘chutzpah’ as meaning acting with “shameless audacity and unmitigated gall.”

Huff’s guilty plea and sentencing stem from the March 2010 failure of Park Avenue Bank, whose president, Charles Antonucci, was later convicted of stealing bank bailout funds from the federal government.

Prosecutors said Huff conspired with Antonucci and another bank executive to burnish the bank’s books by falsely claiming it had received a cash infusion of $6.5 million. That claim helped Antonucci secure the Troubled Asset Relief Program funds that he made off with, the government said.

But Huff admitted that wasn’t the end of his fraudulent activities.

He also bribed Antonucci and the other bank executive, Matthew Morris, so that they would provide him with phony letters of credit that caused Park Avenue bank to loan his companies millions.

Prosecutors said Huff also used one of those companies — the Florida payroll management firm O2HR — as a personal piggy bank, from which he stole client money for his own personal expenses, including designer clothing and luxury cars.

Then, when O2HR ran into money problems and wound up owning Providence P&C, an Oklahoma insurance company, more than $5 million, he, Antonucci, Morris and yet another party, New York investment banker Allen Reichman, fraudulently obtained a $20 million loan from Reichman’s firm.

Antonucci then used a portion of that money to buy Providence P&C, prosecutors said, adding that the conspirators then proceeded to look the insurers’ assets as well.

Morris and Reichman pleaded guilty for their roles in the scheme on Oct. 17, 2013, and Feb. 20, 2015, respectively. Reichman is scheduled to be sentenced before Judge Buchwald on July 15; Morris on Aug. 19.

Antonucci pleaded guilty to his role in the crimes described above on Oct. 8, 2010, and is scheduled to be sentenced on Aug. 20.

Web articles – via partners/network co-ordinators. This website and its contents are the exclusive property of ANGA Media Corporation . We appreciate your feedback and respond to every request. Please fill in the form or send us email to: [email protected]
Previous: Western painted turtle found in Regina could be largest on record (Photo)
Next: Texas Cop Suspended After Drawing Weapon on Teens at Pool Party ‘Video’