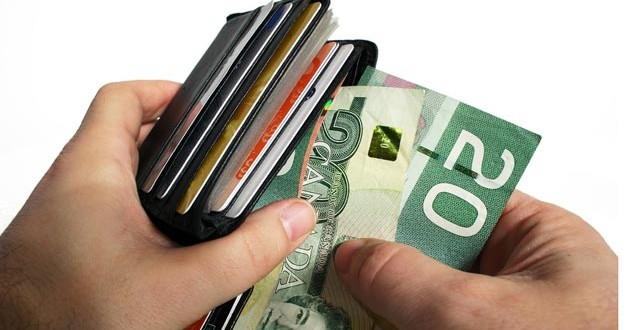 Canadian household debt soars to yet another record, Report

Canadian household debt soars to yet another record, Report

The value of life insurance and pension assets grew 2.8% in the fourth quarter along with equities, notably mutual fund shares (+3.5%) and foreign equity investment (+10.6%), as foreign stock markets strengthened and the value of foreign-denominated assets grew as a result of the depreciating Canadian dollar. On an annual basis, financial assets increased 5.4% in 2015, a slowdown from the roughly 8% annual growth in each of the previous three years, as the domestic market weakened considerably in 2015.

Total household credit market debt (consumer credit, and mortgage and non-mortgage loans) reached $1,923 billion at the end of the fourth quarter, up 1.2% from the previous quarter. Consumer credit debt was $573.6 billion, while mortgage debt stood at $1,262 billion. Over the year, households increased their mortgage liabilities by $74.4 billion, a rise of 6.3% from the previous year, and the strongest growth since 2011.

The ratio of total household debt to total assets was largely unchanged in the fourth quarter, edging down to 17.1%. This ratio sits between the peak of 19.3% recorded in the first quarter of 2009 and the low of 13.8% in the second quarter of 1997.

The household debt service ratio (total obligated payments of principal and interest as a proportion of disposable income adjusted to include actual interest paid) was 13.8% in the fourth quarter, compared with 13.5% in the third quarter. The interest-only debt service ratio (household mortgage and non-mortgage interest paid as a proportion of disposable income) continued to hover around a record low of 6.2%.

On a seasonally adjusted basis, households borrowed $25.1 billion in the fourth quarter, down slightly from the third quarter. Mortgages represented the largest portion of total borrowing in the quarter ($21.9 billion), up $1.2 billion from the previous quarter, while consumer credit accounted for $2.2 billion of borrowing.

Web articles – via partners/network co-ordinators. This website and its contents are the exclusive property of ANGA Media Corporation . We appreciate your feedback and respond to every request. Please fill in the form or send us email to: [email protected]
Previous: Barrie Student arrested for not going to school
Next: Alberta’s unemployment rate jumps to 7.9 per cent: StatsCan