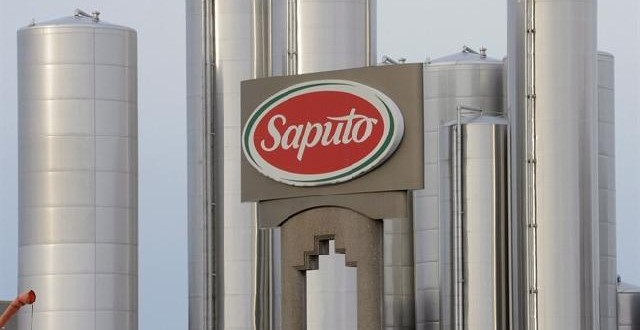 Montreal dairy giant Saputo says it will refuse to buy milk from farmers that don’t treat their animals humanely.

The policy follows a shocking undercover investigation by Mercy For Animals at Chilliwack Cattle Company, a Saputo dairy supplier in BC, which exposed workers viciously kicking, punching, beating, and hitting cows in the face and body with chains, canes, metal pipes, and rakes; workers poking and squeezing festering wounds and punching bulls in the testicles; and workers using chains and tractors to lift sick and injured cows by their necks.

Recognizing the importance of meaningful animal welfare policies to prevent egregious abuse in its supply chain, Saputo is now requiring its global dairy suppliers to abide by new animal welfare standards. The Saputo Animal Welfare Policy stipulates zero tolerance for any act of animal cruelty, a commitment to eliminating the cruel and unnecessary practice of tail docking, administration of pain control when dehorning or disbudding cattle; and low-energy animal handling to reduce stress, particularly in non-ambulatory cows.

The following statement is attributed to Nathan Runkle, president of Mercy For Animals:

Mercy For Animals praises Saputo for working toward ending some of the cruelest practices in its global dairy supply chain, such as tail docking and dehorning without painkillers, as well as curbing malicious animal abuse. It’s heartening to see Saputo step up to the plate and utilize its power and influence within the dairy industry to improve the lives of animals. We hope other dairy corporations will quickly follow suit.

With Saputo’s announcement, it’s never been clearer that the days are numbered for dairy factory farms that beat and drag cows, and mutilate them without painkillers. It’s now time for Dean Foods, Land O’Lakes, and other mega dairy companies to stop dragging their feet and implement meaningful animal welfare standards of their own.

Web articles – via partners/network co-ordinators. This website and its contents are the exclusive property of ANGA Media Corporation . We appreciate your feedback and respond to every request. Please fill in the form or send us email to: [email protected]
Previous: Julie Harris : Beatles And Bond Costume Designer Dies at 94
Next: Kate Gosselin Engaged? Reality TV star Denies Being Engaged To Jeff Prescott