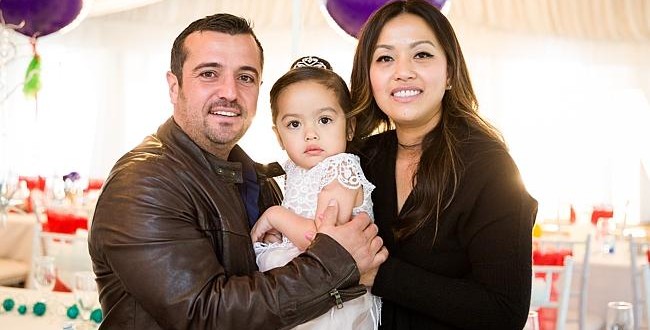 Eric Lembo And Trang Nguyen, Parents splash out on a $50K birthday party for their three-year-old.

According to Perth Now, the three-year-old girl, who celebrated her birthday last week, requested a Disney themed party.

And whilst most of us would have fulfilled that wish with a few Disney-printed party favours from Coles, a couple of plates of fairy bread, and some balloons, Eric and Trang were determined to go the extra mile.

The couple from Perth, who own popular riverfront reception center, Caversham House, forked out $48,195 dollars for their little girl’s big day.

And a big day it was. With 220 guests to entertain, and the birthday girl herself, Lembo and Nguyen called in a former Australian Idol contestant (Courtney Murphy, by the way), a life-sized Minnie and Mickey Mouse, a fairy floss station, balloon artist, face painter, photo booth, a menu that included tempura scallops, truffle arancini, pork belly, paella, wood fired pizza and oysters, and several bottles of Remy Martin XO Cognac, which retails at $200 bucks a pop.

Considering there are some weddings that have cost less, the price tag shocked a few – but not Eric. He maintains that the money he spent was worth it for the family time.

“The Italian and the Vietnamese cultures have a large first birthday so we decided to do it for her second and third birthday as well,” Lembo told Perth Now, “It has really become a party not just for Lauren but for all of my family and friends to get together. That’s very important to me.”

If you dare to look, the price tags are listed below.

And with a birthday party like that; we can’t wait to see what Eric and Trang cook up for Lauren next year.

Web articles – via partners/network co-ordinators. This website and its contents are the exclusive property of ANGA Media Corporation . We appreciate your feedback and respond to every request. Please fill in the form or send us email to: [email protected]
Previous: Tatum O’Neal : Actress reveals she is dating women
Next: K-9 Saves Deputy? Police Dog Rescues Deputy After He’s Ambushed By 3 Men