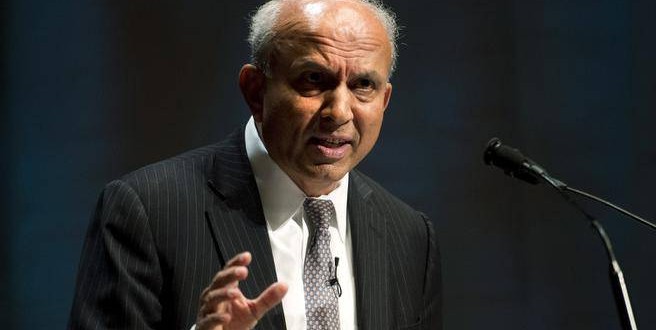 The firm itself also is being investigated alongside chief executive officer Prem Watsa and president Paul Rivett, it said. The matter involves the possibility of illegal insider trading or tipping around an undisclosed Quebec transaction, but it does not relate to the personal trading of either Watsa or Rivett, the firm added.

Insider trading happens when an individual has access to confidential information and then uses it to trade on a stock exchange. Tipping involves passing on insider information to a second party who then trades on the knowledge.

Further details were not revealed as the investigation is ongoing.

“While we are not permitted to give you any further details at this time, I can say there is no personal trading involved,” he said.

“We are confident that we did nothing wrong.”

His office declined requests for further comment, while a call to the Quebec regulator, Autorite des marches financiers, was not immediately returned.

Fairfax is an insurance and investment company that is involved in a variety of areas, including property and casualty insurance. It also has a stake in smartphone company BlackBerry.

On Thursday, the firm reported that net earnings grew to US$363.7 million from a loss of $157.8 million a year earlier when it booked losses in its bond portfolio.

Web articles – via partners/network co-ordinators. This website and its contents are the exclusive property of ANGA Media Corporation . We appreciate your feedback and respond to every request. Please fill in the form or send us email to: [email protected]
Previous: Alberta Health Services urging youth under 16 not to drive ATVs
Next: Ducarme Joseph : Street gang leader killed on Montreal street