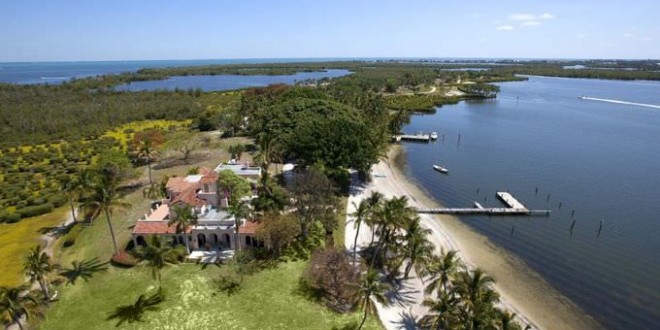 Florida Island For Sale : This $24.5M private island paradise could be your dream home

Florida Island For Sale : This $25M private island paradise could be your dream home (Photo)

Florida island for sale in Charlotte Harbor. So real estate agent Klaus Lang is asking potential buyers to “present your best offers” on the 104-acre island with a mansion and guest house. In Internet advertisements, he notes that the sellers have owned the island for 26 years, but circumstances have arisen that require them to sell immediately.

Owners Tom and Elizabeth Munz originally put the island up for sale two years ago, asking $29.5 million. Real estate firm Michael Saunders & Co. dropped the price to $25 million. But there have been no serious bites.

The island has the potential for more development, with 29 waterfront lots already approved, according to Lang’s website.

The main home, a Spanish-style villa, was built in the 1920s and has since been restored. The island also has a cottage for caretakers.

The Herald-Tribune of Sarasota reports the seller is asking for a $100,000 security deposit along with a best offer. Offers will be considered through April 30.

Web articles – via partners/network co-ordinators. This website and its contents are the exclusive property of ANGA Media Corporation . We appreciate your feedback and respond to every request. Please fill in the form or send us email to: [email protected]
Previous: 3 Celestial Events Set for Friday : Supermoon, Eclipse and Spring Equinox
Next: Sharks spotted near Jacksonville Beach pier in florida