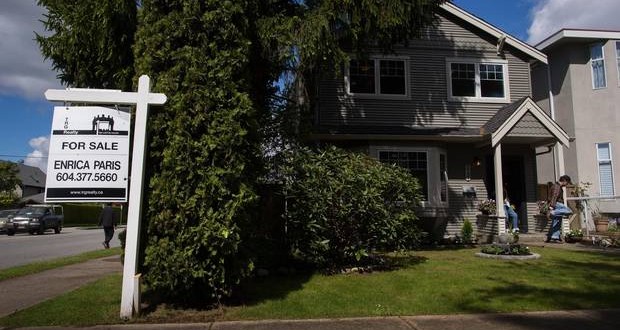 The City of Vancouver could do more to create affordable housing through better land use planning and lower fees and levies for new homes, Premier Christy Clark said to Mayor Gregor Robertson in a strongly worded letter June 4.

In recent weeks, Robertson has called for the implementation of a “speculation tax” on those who “flip” properties for profit. He sent a letter to Clark asking her consider such a tax, as well as to ask for additional power to track foreign ownership and monitor vacant homes in the city.

The premier’s response — in a letter sent to Robertson on Thursday — was less than favourable.

“Industry experts estimate most of the real estate speculation taking place in the region is being done by local investors,” Clark wrote. “For many individuals this is a source of investment income.”

On Friday, Clark elaborated on her reasons for rejecting Robertson’s suggestions.

“We need to address the issue of affordability in the City of Vancouver,” she said. “I think though, as policymakers, we have an important responsibility to make sure that the thing that we do to address that doesn’t hurt people at the same time it’s intended to help people.”

Clark’s remarks came at a press conference after she had announced that the Burrard Bridge will be closed to traffic for seven hours on June 21 for the International Day of Yoga.

For most people, a home is the largest investment they ever make, she said. Solutions to Vancouver’s affordability problem should not hurt the investments of those already in the market, she said.

“If the goal of the policymaking is to lower the value of people’s houses, we will be — essentially — robbing people who already own houses of significant amounts of equity,” Clark said.

The premier said the City of Vancouver could address housing costs by reducing its fees, which can amount to $75,000 or more on a condo “at the low end” of the market.

For Robertson, the issue isn’t simply about reducing costs. “It’s looking at ensuring that housing is not just a commodity.”

“There’s nothing wrong with doing business at all here,” he said. “It’s more that if there’s impact on the rest of the housing market — which we’re certainly hearing and seeing from younger people even on middle incomes accessing the market — then we need to take some steps to ensure the market isn’t just running away.”

Just what those steps should be remains a source of debate between the municipal and provincial governments.

Web articles – via partners/network co-ordinators. This website and its contents are the exclusive property of ANGA Media Corporation . We appreciate your feedback and respond to every request. Please fill in the form or send us email to: [email protected]
Previous: Bieber found guilty of assault in Canada (Video)
Next: Nichelle Nichols Hospitalized : Uhura on ‘Star Trek,’ Suffers Mild Stroke