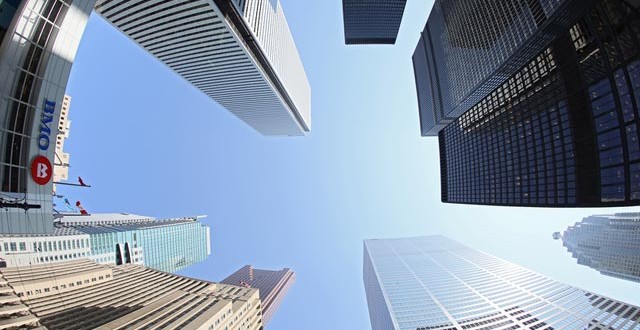 Investors sour on Canadian banks ahead of earnings, Report

Investors sour on Canadian banks ahead of earnings, Report

Investors have lowered their expectations for big first-quarter profits from Canada’s big banks as sliding oil prices and a slower economy bite into their bottom lines.

“It’s very uncertain times when it comes to the banks and how the domestic economy is going to evolve,” said Patrick Blais, managing director and portfolio manager, Manulife Asset Management.

Banks had already been dealing with a cooling housing market and a slowing economy. But things got a lot more complicated in the most recent quarter as oil prices started plunging in late November when OPEC refused to cut production to support prices that were already well off the highs of last summer.

The drop in prices has weighed on the financial performance of some of the banks’ biggest customers in the Alberta oilpatch and also raised questions about how lower oil would impact the Canadian economy as a whole.

These questions also prompted the Bank of Canada to make a surprise move in January to cut its key interest rate by a quarter-point to 0.75 per cent. And many analysts expect the bank to follow up with another cut in March.

The news is far from all bad for the sector. Some analysts have said they expect dividend hikes from Royal Bank (TSX:RY) and TD Bank (TSX:TD). And Blais said that with expectations lowered, the share price could also benefit.

“The stock prices have clearly underperformed going into the quarter so that does set them up maybe for a relief rally as they report numbers and guidance that isn’t as negative as some pundits (have) put out there,” Blais said.

The TSX snapped a four-week run of advances, losing 93 points or 0.6 per cent, led by losses in financials and energy stocks.

There was relief at the end of the week after Greece and its eurozone partners agreed to extend by four months the country’s bailout loans that have kept it afloat.

In return for the extension, Greece committed not to pursue any “unilateral” measures that might affect the country’s budget targets. Greece also committed to provide a list of reforms based on its current bailout program for assessment on Monday.

Meanwhile, it’s a light week for Canadian economic reports, with the key data being the consumer price index for January. Economists generally look for Statistics Canada to report a drop of about 0.2 per cent in the CPI on Thursday because of the massive drop in gasoline prices.

U.S. inflation numbers are also out Thursday and falling energy prices are expected to result in a drop of about 0.6 per cent in the U.S. CPI for the month.

Other key U.S. data being released this week include reports on new home sales, durable goods, consumer confidence and, at the end of the week, the first revision to fourth-quarter gross domestic product that could show the American economy slowing at the end of the year.

Web articles – via partners/network co-ordinators. This website and its contents are the exclusive property of ANGA Media Corporation . We appreciate your feedback and respond to every request. Please fill in the form or send us email to: [email protected]
Previous: Small plane drops to safety at closed Edmonton airport (Video)
Next: Halifax flooding continues, rainfall warning ends (Video)