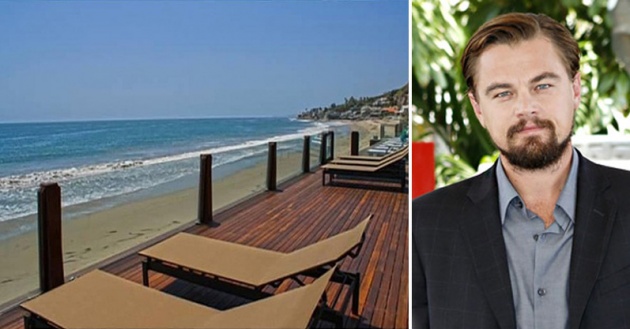 The Wolf of Wall Street” star and new Delos resident, Leonardo DiCaprio has sold his beachfront Malibu house for $17.35 million.

The actor had been asking $23 million when he first placed the house on the market back in 2012. In June, he lowered the price to $18.9 million, but ultimately took $5.65 million less than he had originally hoped for, according to Curbed.

The compound, complete with a main house and two guesthouses, boasts seven bedrooms, two kitchens and a modern gym. Although the home has a private beach that stays dry even during most high tides, a rarity in the neighborhood, as well as lush landscaping on a large lot, it appears DiCaprio experienced a lot of hassle trying to rent and then sell the property.

The features of the property, including high ceilings, plentiful windows, and a flat grassy lawn, make it seem like a desirable investment. However, a 2012 article by the UK’s Daily Mail was harshly critical of the home, calling its décor “plain” and saying that the house, built in Cape Cod style in 1927, “lacks strong character.” Perhaps these were some of the issues faced by DiCaprio in trying to sell the home, which he purchased back in 2002 for $6 million.

Web articles – via partners/network co-ordinators. This website and its contents are the exclusive property of ANGA Media Corporation . We appreciate your feedback and respond to every request. Please fill in the form or send us email to: [email protected]
Previous: Helen Williams accused of stabbing man with ceramic squirrel
Next: Romanian director Dinu Cocea dies at 84, daughter says