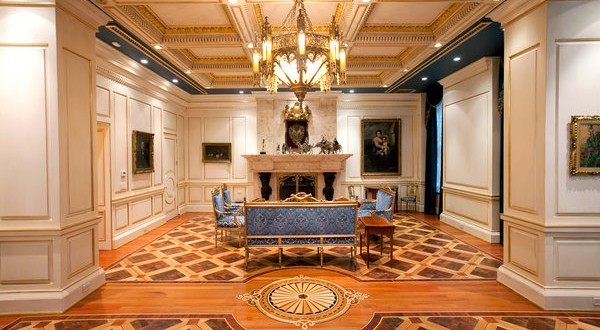 NYC Mansion on Sale for $114 Million

An insanely beautiful mansion on New York’s Upper East Side has just been listed for $114 million, according to The New York Times.The six-level property has 20,000 square feet of living space, in addition to 2,500 square feet of outdoor space, which includes a roof deck with sweeping views of Central Park and the city.

The 69th Street home was built in 1884, and bought by investor Vincent Viola and his wife Teresa, the president of Maida Vale Designs,for $20 million in 2005. They gut-renovated the townhouse to create the extravagant residence it is today.

According to both agents, the property’s premier location, cornucopia of interior and exterior space, and turnkey condition justify the astronomical asking price (Corcoran’s data showed just three other 40-foot-wide townhouses on the market, the most expensive asking $50 million).

“It’s a magnificent one-of-a-kind property with a level of craftsmanship that speaks for itself,” Mr. Anand said. “We don’t think people who are looking for something of this size in this neighborhood are going to be afraid of the price.”

With winter pending, the notion of going home to a showplace where the pampering begins on the sidewalk — both it and the exterior staircase are heated, as are the onyx floors in the foyers on the parlor level — could prove irresistible. Owning this house means never needing to hoist a snow shovel. Or order takeout pizza.

Web articles – via partners/network co-ordinators. This website and its contents are the exclusive property of ANGA Media Corporation . We appreciate your feedback and respond to every request. Please fill in the form or send us email to: [email protected]
Previous: Astronomers Discover Noble Gas Compound in Crab Nebula, NASA says
Next: O.J. Mayo’s new $2M Milwaukee home (PHOTO)