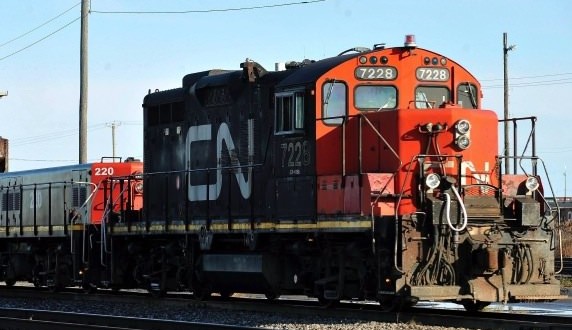 Canadian National Railway Co. (CN) will be fined for failing to comply with an order that it move a minimum amount of grain each week, a spokesperson for federal Transport Minister Lisa Raitt said, in a move that caught the railway by surprise.

A Toronto paper says the ministry of Transport will impose fines on CN for poor performance in moving grain, but the amount has not yet been decided.

Norm Hall, president of the Agricultural Producers Association of Saskatchewan, says the action shows the government means business and supports the federal move:

A federal spokesman says the fine would be based on the number of weeks that CN failed to meet the minimum shipping requirement.

Web articles – via partners/network co-ordinators. This website and its contents are the exclusive property of ANGA Media Corporation . We appreciate your feedback and respond to every request. Please fill in the form or send us email to: [email protected]
Previous: Aubrey Plaza Will Be the Voice of Grumpy Cat
Next: ‘Wheel of Fortune’ winner: Sarah Manchester takes home $1 million