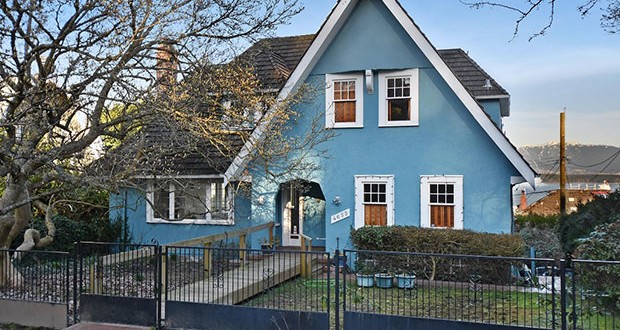 Vancouver property sells for $1 million over its asking price

Vancouver property sells for $1 million over its asking price

A four-bedroom home in Point Grey, with a stunning view of downtown Vancouver and the North Shore mountains, has sold for more than $1 million above its asking price after just a couple days on the market.

Realtor Bo Park said the seller received 11 offers on the property after the first open house weekend. They were all cash offers with no subjects and most were for more than $8 million.

All but one of the offers were from Chinese buyers, she said.

“It was fast. I was surprised by the number of offers and the price it sold for,” said Park, a realtor with Sutton West Coast Realty.

“It was the view. It is spectacular.”

She said the house was an estate sale and the buyer plans to rent out the place then rebuild within a couple of years.

“The house needs a lot of work — at that price it makes sense to rebuild,” Park said.

Last week, a Kitsilano house on a standard city lot sold for $735,000 more the asking price.

“I’ve been doing this for close to 25 years and I’ve never seen anything like it,” Park said.

“There is not much product out there — that’s why things are so crazy. How long will this last? I have no idea.”

Web articles – via partners/network co-ordinators. This website and its contents are the exclusive property of ANGA Media Corporation . We appreciate your feedback and respond to every request. Please fill in the form or send us email to: [email protected]
Previous: Samsung, Six Flags team up for VR roller coaster (Video)
Next: Health officials put visitor restrictions in place at HSC Children’s Hospital