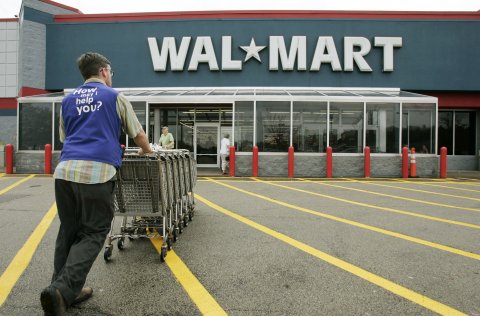 Walmart is calling for a new dress code for its employees that include “twill pants and knit polos.” However, some Walmart employees claim that because of their meager hourly wages, they don’t have the money needed to cover the out-of-pocket cost, according to CBS News

Judith Conti of the National Employment Law Project, a nonprofit that advocates for low-wage workers, says employees are upset about this because they have to pay for the clothes.

“Walmart employees are among the lowest paid in the entire country,” Conti says. “And Walmart is asking them to buy new clothes to wear at work.”

Walmart didn’t respond to an interview request, but it has said that most of the feedback about the dress code has been positive.

“There’s a legal difference between a uniform and a dress code,” says Schiller. If the cost of the uniform will actually pull your wages below minimum wage for the week that you bought it, then under federal law that’s illegal.

Schiller said Walmart skirts the issue — and passes on costs — by going with a dress code.

Web articles – via partners/network co-ordinators. This website and its contents are the exclusive property of ANGA Media Corporation . We appreciate your feedback and respond to every request. Please fill in the form or send us email to: [email protected]
Previous: Pennsylvania Police Trooper Dead In Barracks Shooting
Next: Bitcoin Exchange CEO Committed Suicide : Coroner