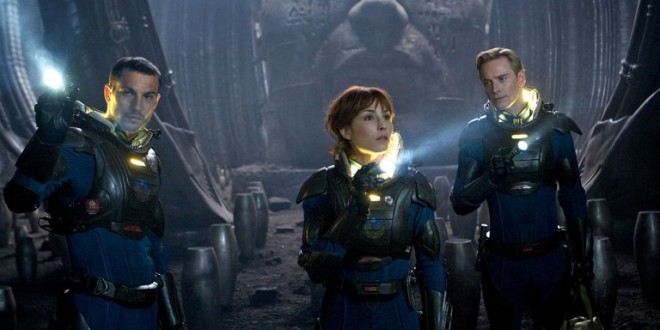 Ridley Scott’s plans for the new sequel/prequel have become Alien: Paradise Lost, which will join the other seven movies in the impossibly sprawling franchise.

In a recent interview, the Blade Runner director announced that he had three sequels to Alien forerunner Prometheus in the works, saying he hopes the final one would link back to the original 1986 film.

Confirming that Prometheus 2 was definitely in the works, Scott announced the title of the upcoming film to HeyUGuys: Alien: Paradise Lost.

This is a reference to the poem Paradise Lost by english-poet John Milton which detailed the biblical story of the Fall of Man after the temptation of Adam and Eve.

Speaking to German site Film Flutter earlier this week, the director said the link back to the Alien films: won’t be in the next one. It will be in the one after this one or maybe even a fourth film before we get back into the Alien franchise.

Slightly contradictory, but we’ll forgive him. What this means for the upcoming Alien film to be directed by Neil Blomkamp is unknown but it has been reported that the second Prometheus film is likely to hit cinemas first.

Scott’s next film will be The Martian, starring Matt Damon as an astronaut marooned on mars. It hits cinemas 30 September.

Web articles – via partners/network co-ordinators. This website and its contents are the exclusive property of ANGA Media Corporation . We appreciate your feedback and respond to every request. Please fill in the form or send us email to: [email protected]
Previous: Fire At Britain’s Biggest Mosque (Video)
Next: Bei Bei: Michelle Obama and China’s First Lady Named a Panda Cub “Video”