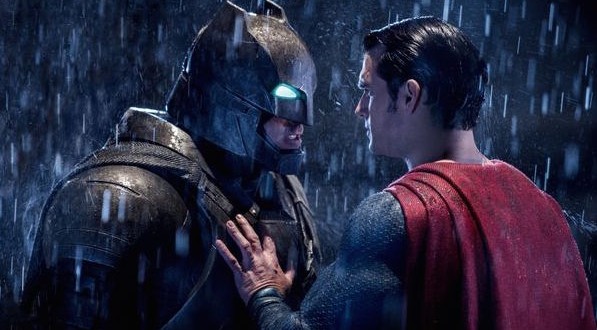 Batman vs Superman: Battle of the Superhero Theme Songs (Trailer)

Batman vs Superman: Battle of the Superhero Theme Songs (Trailer)

It’s set to be the biggest superhero showdown of all time – and we want to know who Advertiser readers are backing in Batman vs Superman: Dawn of Justice.

The new film hits cinemas this week and pits the Dark Knight against the Man of Steel.

Fearing the actions of a god-like Super Hero left unchecked, Gotham City’s own formidable, forceful vigilante takes on Metropolis’s most revered, modern-day savior, while the world wrestles with what sort of hero it really needs. And with Batman and Superman at war with one another, a new threat quickly arises, putting mankind in greater danger than it’s ever known before.

The film also introduces Gal Gadot’s Wonder Woman, but all we want to know is who you’re backing – Batman or Superman?

Web articles – via partners/network co-ordinators. This website and its contents are the exclusive property of ANGA Media Corporation . We appreciate your feedback and respond to every request. Please fill in the form or send us email to: [email protected]
Previous: Two Seat Renault Twizy To Be Unleashed In Canada
Next: Apple introduces iPhone SE with 4-inch display – a Smaller iPhone 6s!