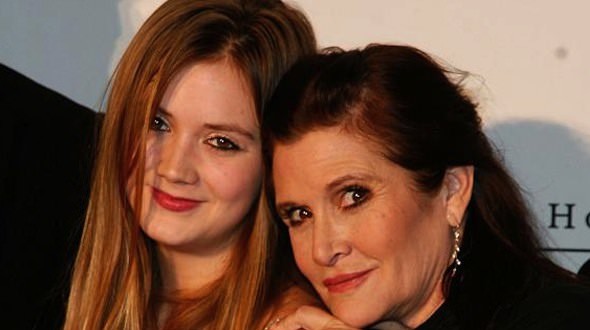 Fisher’s daughter was picked due to her uncanny resemblance to her famous mother, according to the Sun.

Star Wars: Episode VII is being directed by the director of the most recent Star Trek films J.J. Abrams. Abrams also co-wrote the script for the film with Lawrence Kasdan, the man responsible for the screenplays for The Empire Strikes Back and Return of the Jedi.

Star Wars: Episode VII is scheduled to be released on December 18, 2015.

Web articles – via partners/network co-ordinators. This website and its contents are the exclusive property of ANGA Media Corporation . We appreciate your feedback and respond to every request. Please fill in the form or send us email to: [email protected]
Previous: Angelina Jolie banned from entering Sudan by visa authorities
Next: Storm Arthur could impact Fourth of July plans (Video)