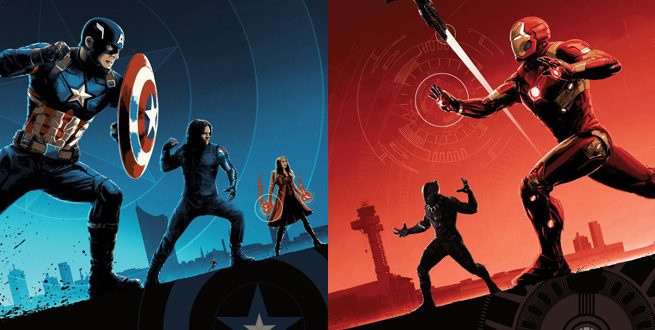 Captain America: Civil War is being released wide this weekend, and no doubt millions will be anxiously watching the final credits roll in hopes of getting one last taste of Marvel action.

Captain America: The Winter Soldier brought in $10.2 million in early screenings in 2014. The sheer star power of Civil War has placed it in the same weight category as an Avengers movie. Marvel’s latest blockbuster is expected to take in $200 million in its opening box office weekend, which would make it the fourth-highest opening film of all time domestically, wedged between Marvel’s the Avengers as third highest and Avengers: Age of Ultron as fifth-highest. You can see more details in ComicBook.com’s box office charts.

The film has proven a hit with critics, maintaining a Rotten Tomatoes score of 92%. The film has also set new Fandango records in advance ticket sales.

Marvel’s Captain America: Civil War finds Steve Rogers leading the newly formed team of Avengers in their continued efforts to safeguard humanity. But after another incident involving the Avengers results in collateral damage, political pressure mounts to install a system of accountability, headed by a governing body to oversee and direct the team. The new status quo fractures the Avengers, resulting in two camps—one led by Steve Rogers and his desire for the Avengers to remain free to defend humanity without government interference, and the other following Tony Stark’s surprising decision to support government oversight and accountability.

Web articles – via partners/network co-ordinators. This website and its contents are the exclusive property of ANGA Media Corporation . We appreciate your feedback and respond to every request. Please fill in the form or send us email to: [email protected]
Previous: Harrisburg Parking Lot Collapse, No Reports Of Injuries (Video)
Next: Coast Guard helps rescue Mariner after two months adrift in Pacific