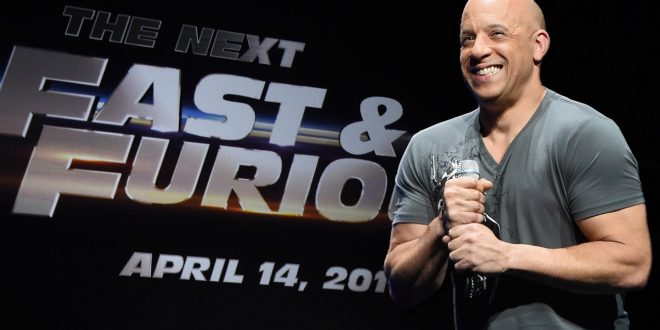 The first trailer for the 8th Fast and Furious installment – titled The Fate of the Furious – is out!.

We still have Vin Diesel and The Rock atop of the cast, and many of the regulars are in the movie too, including Michell Rodriguez, Ludacris, Jason Statham, and Kurt Russell. Charlize Theron, meanwhile, will make her debut in the Fast universe, playing Cipher, a brand new villain for the Fast crew to deal with.

However, things are complicated for the team, and you can expect some sort of… Civil War? Dom has to betray his team, and we can’t but wonder what wold force him to do such a thing. One thing is sure, Fast 8 will still deliver plenty of action, the car kind. And that chase on ice already looks spectacular. So no matter what happens between Dom and crew, we’re still in for a lot of Fast fun.

The movie’s trailer, released on Monday, December 12, shows the usual action expected from the Fast and Furious movies taking place in New York City and the Arctic.

Web articles – via partners/network co-ordinators. This website and its contents are the exclusive property of ANGA Media Corporation . We appreciate your feedback and respond to every request. Please fill in the form or send us email to: [email protected]
Previous: Even one cigarette a day is deadly, finds new research
Next: Research finds another health benefit to having sex