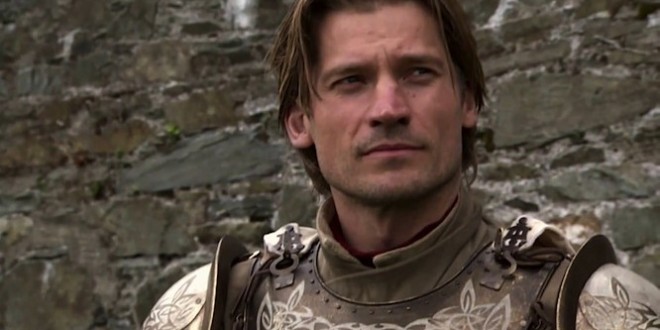 Game of Thrones Season 4 is coming.

HBO is yet to release a premiere date for our trip back to Westeros, but the network did come out with a trailer last night that previews the action ahead overall at the network in 2014.

It features a look at True Detective… at Damon Lindelof’s The Leftovers… at Mike Judge’s Silicon Valley… and at various, quick scenes from our favorite Game of Thrones characters.

There’s Tyrion in chaines! And Joffrey at his wedding! And there’s a clean-shaven Jaime!

In the 8-second teaser Game of Thrones season 4, we get a glimpse at our most beloved and most hated characters (everyone should decide individually which one for themselves): a flash of Tyrion (Peter Dinklage) in chains, a short look at the clean-shaven (and golden-handed?) Jamie Lannister (Nikolaj Coster-Waldau) reading the Kingsguard book, a glance at a sour looking Joffrey (Jack Gleeson), and a peek at a hopeful Sansa (Sophie Turner).

Web articles – via partners/network co-ordinators. This website and its contents are the exclusive property of ANGA Media Corporation . We appreciate your feedback and respond to every request. Please fill in the form or send us email to: [email protected]
Previous: Jennifer Lawrence Photoshop : Airbrushing Fail Goes GIF
Next: Missing Ohio girl, 9, found dead in dumpster, neighbor arrested