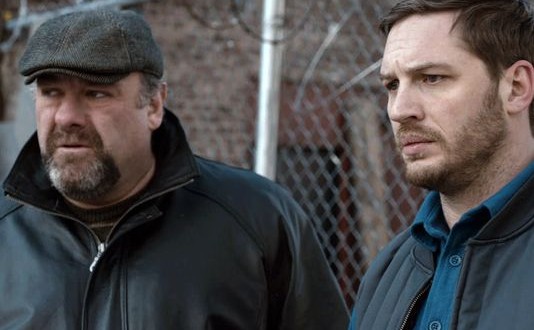 James Gandolfini shines in last role in The Drop

James Gandolfini shines in last role in The Drop (Video)

If The Drop were not James Gandolfini’s final film, we could appreciate it for what it is: a skillfully crafted, no-nonsense tale of small-time crooks scuffling along the puddled streets of Brooklyn.

In his final film, James Gandolfini plays a guy whose name hangs above a grimy Brooklyn watering hole called Cousin Marv’s Bar. It’s a money-laundering front, but Marv doesn’t see a penny. Actually, he hasn’t owned the bar since he let the Chechen mob take over years ago. As his cousin Bob Saginowsky (Tom Hardy) reminds him, “You blinked. That’s it.”

Hardy’s Bob is the hero, or anti-hero, of “The Drop,” the first film written by mystery master Dennis Lehane (“Mystic River,” “Gone Baby Gone”). The big draw, however, may be Gandolfini. Though typecast as a bullheaded mobster after six seasons with HBO’s “The Sopranos,” Gandolfini recently turned in two unexpected performances: One was Julia Louis-Dreyfus’ cuddly boyfriend in “Enough Said” and the other is Marv, a man whose killer instinct has curdled into cowardice. “The Drop” isn’t a very convincing crime drama, but it’s proof that Gandolfini, who died last summer at the age of 51, was willing and able to be much more than Tony Soprano.

Hardy, of course, is no slouch, either. He racks up a few more Best-of-His-Generation points (after “Hunger” and “Locke”) as Bob, a scruffy loner who tends Marv’s bar. Bob seems harmless enough. He rescues an abandoned puppy, begins a respectful courtship with Nadia (a flinty Noomi Rapace) and never talks back to cops, gangsters or psychopaths (Matthias Schoenaerts plays one called Eric Deeds). Still, Hardy radiates something deeply disquieting. “I know what he looks like,” Marv says, “but believe me, he is not to be trifled with.”

Director Michael R. Roskam stages some impressively tense sequences (including a slow-building climax that takes place on Super Bowl Sunday), but “The Drop,” based on Lehane’s short story “Animal Rescue,” never feels like a coherent story. It ties together several plots — a robbery, a disappearance, that puppy — into a loose knot that doesn’t quite hold. What saves the film is its strong cast. It’s a modest swan song for Gandolfini, and a hint at what could have been.

Web articles – via partners/network co-ordinators. This website and its contents are the exclusive property of ANGA Media Corporation . We appreciate your feedback and respond to every request. Please fill in the form or send us email to: [email protected]
Previous: Ebola case reported in Miami
Next: Haley Joel Osment sports surprising new look (Photo)