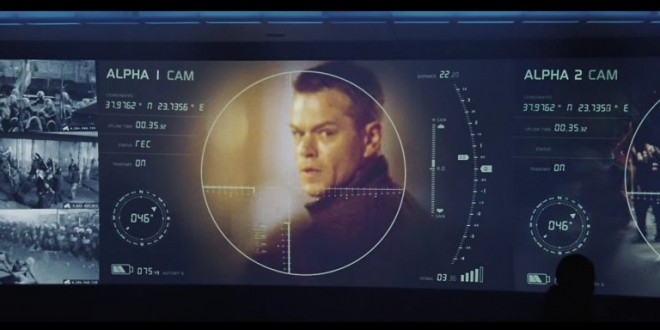 Jason Bourne is the title of Bourne 5. The Jason Bourne Trailer just debuted at the Super Bowl 50 and it is intense.

The ad showed a SWAT vehicle, heading north on the Strip, plowing through many cars in front of the Bellagio. It appeared hero assassin Jason Bourne (Matt Damon) was chasing the vehicle. The Strip segment lasted about 5 seconds.

The fifth installment in the Bourne franchise, which doesn’t have a title yet, is set for a July release. Production of the film has shut down sections of the Strip over many nights since early January, usually in the late evening and early morning hours.

The ad made its debut after the first quarter in the Carolina-Denver game. This film marks the return of Damon to the franchise. He last appeared as Bourne in 2007’s “The Bourne Ultimatum.”

Web articles – via partners/network co-ordinators. This website and its contents are the exclusive property of ANGA Media Corporation . We appreciate your feedback and respond to every request. Please fill in the form or send us email to: [email protected]
Previous: Effects of carbon emissions could last 10000 years, new study says
Next: Jet lag can be prevented by “hacking” body clock with light, New Study Says