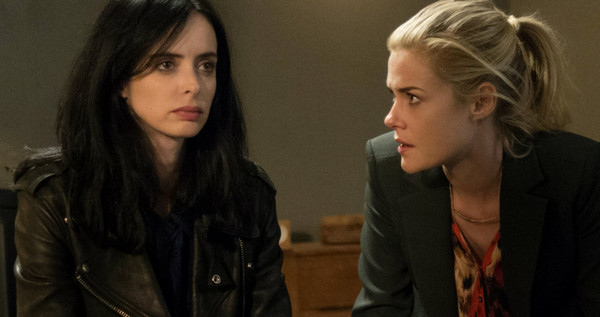 Starring Krysten Ritter as the eponymous female superhero-turned-detective, the brief clip shows Jones struggling to wake up at 3 p.m., demonstrating her super-strength on the offending alarm clock. Jones’ disorganized lifestyle is also hinted at in the teaser, along with her apparent penchant for booze. The inclusion of Minnie Riperton’s “Loving You” in the clip ups the comedy factor, as well.

Following the success of “Daredevil” on Netflix, “Jones will be the second of the streaming service’s superhero series in partnership with Marvel. “Luke Cage” and “Iron Fist” will bow next, leading up to “The Defenders,” in which all the main characters will join forces.

Web articles – via partners/network co-ordinators. This website and its contents are the exclusive property of ANGA Media Corporation . We appreciate your feedback and respond to every request. Please fill in the form or send us email to: [email protected]canadajournal.net
Previous: Ali Landry: “Ex-Miss USA”, Filmmaker Husband’s Family Killed in Mexico
Next: Whales return to Long Island Sound after long hiatus (Video)