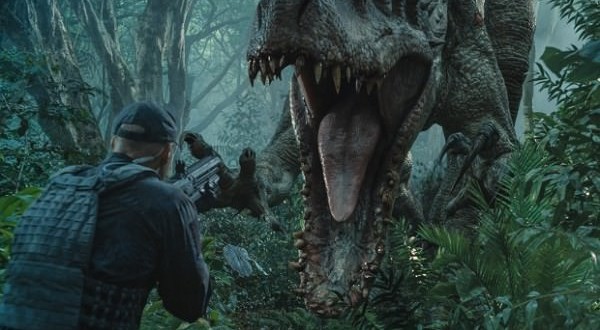 Dinosaur thriller Jurassic World overwhelmingly won the weekend box office, but it’s global gross is one for the record books.

In its opening days in cinemas, the film has already earned $US 511.8 million ($AU 660 million), easily surpassing the previous record holder Harry Potter And The Deathly Hallows Part 2, which made $US 483.2 million its opening weekend.

Deathly Hallows Part 2 went on to be the number six highest-grossing film, internationally, of all time, with current releases Furious 7 and Avengers: Age Of Ultron in the number four and five slots.

Nearly 40% of the film’s audience was under the age of 25, meaning that a good chunk of people who saw it weren’t even born when the first Jurassic Park tore the place up in 1993.

This success also solidifies things for star Chris Pratt, and is his third box office hit in a row after The Lego Movie and Guardians Of The Galaxy. Andy Dwyer has come so far!

With a reported budget of $US 150 million, Jurassic World will prove to be a highly profitable enterprise, so it’s no surprise that Universal are milking that dinosaur teat for all it’s worth, with sequels already announced.

Web articles – via partners/network co-ordinators. This website and its contents are the exclusive property of ANGA Media Corporation . We appreciate your feedback and respond to every request. Please fill in the form or send us email to: [email protected]
Previous: Farrah Abraham : Teen Mom OG Star Splits From Boyfriend “Simon Saran”
Next: Small earthquake detected near Fox Creek, Alta.