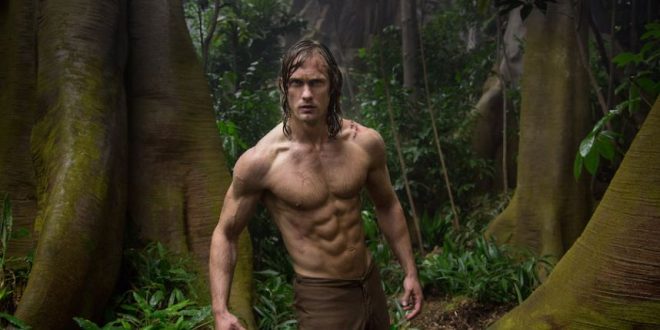 'The Legend of Tarzan' gets lost in the jungle (Trailer)

‘The Legend of Tarzan’ gets lost in the jungle (Trailer)

The latest Tarzan movie swings into cinemas worldwide this week.

The film is directed by Harry Potter director David Yates and takes a different approach on the life of the fictional character raised by apes.

The legend of Tarzan is an incredible, undying story. The Legend of Tarzan, however, is not. We all know the tale; boy lost in the jungle, raised by gorillas, friend to the animals, becomes the Ape Man, meets Jane, falls in love, has adventures, happy ending. We’ve seen it in Disney form, done comedically, the classics with Johnny Weissmuller; we just eat up this tale, can’t get enough of it. Well, consider this film your fill. It takes hard work to butcher such a classic, to twist it until it no longer resembles its predecessors, to completely abandon the recipe that has been a success for so many others that have come before. David Yates, Warner Bros, whoever developed the CGI, all the guys who wrote the screenplay, congratulations, you just did something no one in a million movies & books was able to do until now; you just murdered Tarzan.

Apparently someone thinks we do indeed know enough about the guy not to get a real background story, so let’s just jump right in. Tarzan has grown up, done all the stuff that you’ve heard of, lived in London as the Earl of Greystoke, and now must return to Africa to defend his beloved “homeland” from the evil Europeans that want to turn it into a cash cow. The King of Belgium has sent Leon Rom, his right-hand man, into the heart of the continent to secure a treasure trove of diamonds, which he will then use to fund his takeover of the country. Problem is, the warlord in charge of the diamonds wants the head of Tarzan, which Rom would be happy enough to provide if he could only capture him. So Tarzan, Jane, and a funny friend named George Washington Williams trek through the Congo on a mission to save the gorillas, save the people, and save the nation!

Web articles – via partners/network co-ordinators. This website and its contents are the exclusive property of ANGA Media Corporation . We appreciate your feedback and respond to every request. Please fill in the form or send us email to: [email protected]
Previous: Tom Hanks Stars In First Trailer For Clint Eastwood’s Sully (Watch)
Next: Cops find $24 million in cash within walls of home (Video)