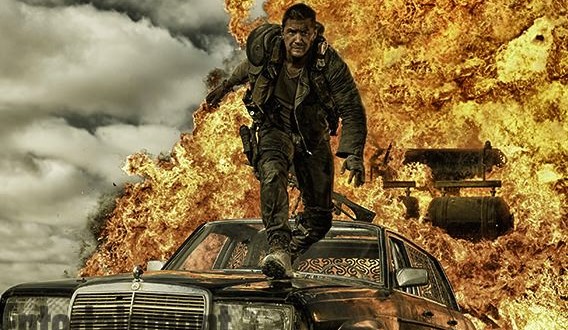 The first Mad Max: Fury Road trailer made its debut at Comic-Con, and now the rest of us have a chance to take a look at the gorgeous preview. The trailer marks not only the return of Max to the screen, but also the man who helmed the original trilogy, George Miller.

The two minute 43-second preview for the post-apocalyptic movie opens with Max standing alone next to his souped-up car.

Voices from a radio are heard talking about how the world is running out of water and people are killing each for gasoline as thunder claps loudly.

Max then revs up his car and races off leaving a cloud of dust, but a group of cars and motorcycles soon start chasing him. He then crashes and rolls his car and tries to crawl away, but a heavy boot steps on his back.

Also making an appearance in the trailer is Theron, who has shaved her hair for the role of Imperator Furiosa and is seen wearing a prosthetic arm in a battle scene.

Theron has been attached to the project since 2009 and previously opened up to Us Weekly magazine about her excitement for the role.

“The original Mad Max created such a vivid world, so to go back and re-imagine it and re-play in that sandbox sounds like fun to me. Its a really challenging piece of material… I feel very lucky,” she said.

Web articles – via partners/network co-ordinators. This website and its contents are the exclusive property of ANGA Media Corporation . We appreciate your feedback and respond to every request. Please fill in the form or send us email to: [email protected]
Previous: Device to help neuroscientists analyse ‘big data’, Study
Next: Cedar Point Ride Closed After Accident, Report