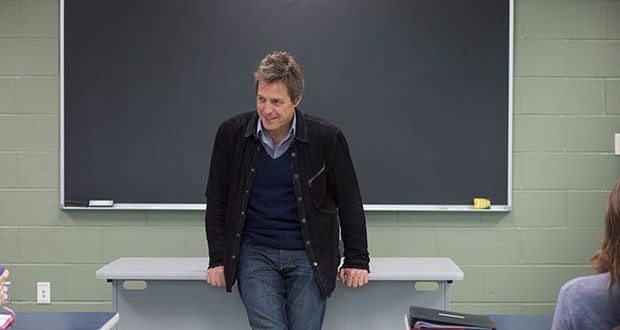 The trailer for Hugh Grant’s new romantic comedy The Rewrite has been released.

The film features the actor as Keith Michaels, a once successful Oscar-winning screenwriter who is now desperate and broke enough to take a teaching job at a small college.

Marisa Tomei costars as Holly Carpenter, a middle-aged woman completing her college education. J.K. Simmons and Allison Janney appear in supporting roles. The film is written and directed by Marc Lawrence, who previously directed Grant in “Music and Lyrics,” “Two Weeks Notice” and “Did You Hear About the Morgans?”

“The Rewrite” will open in theaters on Oct. 8 and is produced by Castle Rock Entertainment and Reserve Room.

Web articles – via partners/network co-ordinators. This website and its contents are the exclusive property of ANGA Media Corporation . We appreciate your feedback and respond to every request. Please fill in the form or send us email to: [email protected]
Previous: Beauty queen steals $100,000 crown
Next: Missing brain tumour boy ‘may be in Spain’, Report