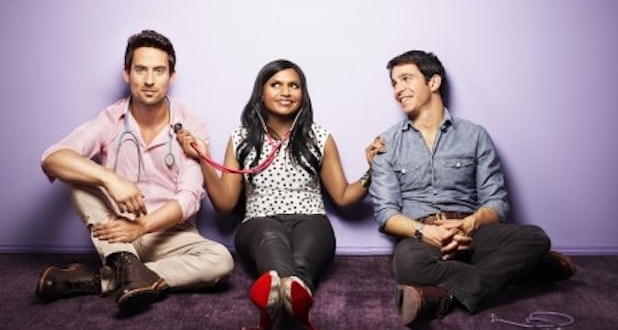 'Mindy Project' Canceled at Fox, Until Hulu Revives It

‘Mindy Project’ Canceled at Fox, Until Hulu Revives It

Fox is breaking up with The Mindy Project. The network has canceled Mindy Kaling’s romantic comedy, EW has learned. The show, which boasts a cult audience but has been dogged by low ratings, wrapped its third season in March.

Don’t go pulling out bags of celebratory sour straws just yet, but streaming service Hulu is in talks with the show’s production company Universal Television to take over the rights to the show. If they’re able to strike a deal, Hulu is reportedly set to give The Mindy Project two more full seasons, according to Variety, and maybe even more, taking us at least to Season 5.

The first three seasons of The Mindy Project already have a home at Hulu, where all 67 episodes are currently available to watch, and the company would know better than anyone else if this deal would be a feasible one. Given its locked-in advertising deals, Hulu doesn’t really have to worry about bringing in ratings like a network does, which is probably a good thing, considering the ratings haven’t exactly been wonderful over at Fox. Though it brought in well over 4.5 million viewers for its premiere in 2012, the live numbers never topped 4 million after that, and the last handful of Season 3 episodes were some of the worst-rated in the entire run.

Still, we have high hopes for Hulu now, which could follow in the footsteps of Netflix and Yahoo! in bringing canceled series – Arrested Development and Community, respectively – back to their diehard fanbases. And considering the company is also trying to bolster its upcoming scripted lineup with the Stephen King adaptation 11/22/63 (starring Mindy Project guest star James Franco) and a Myst adaptation, signing up an already established series would be a good move.

Regardless of how many people were watching, The Mindy Project was heading into some uncharted waters by the end of Season 3, as Mindy and her beau Danny were anticipating a child. And we didn’t even get to see the hell that a Mindy pregnancy would encompass come to fruition, so it would be a crime against humanity to force fans to miss out on that.

With this cancelation, Fox has most of their ducks in a row as far as its series’ futures go. They recently gave The Simpsons two more seasons, and they gave fellow Sunday night hit Last Man on Earth a Season 2. Mindy Project’s Tuesday night comedy partner New Girl was renewed in March for Season 5.

If The Mindy Project is gone forever, that means that comedic guest roles will see a 30% decrease in the 2015-2016 TV season. Bring it back, Hulu!

Web articles – via partners/network co-ordinators. This website and its contents are the exclusive property of ANGA Media Corporation . We appreciate your feedback and respond to every request. Please fill in the form or send us email to: [email protected]
Previous: Transgender youth face many health issues, UBC study finds
Next: Taylor Clark: Arrest made in murder of student trying to sell car on Craigslist (UPDATE)