Home » Movies - Series » New Indiana Jones Movie Confirmed, Though It May Be Awhile 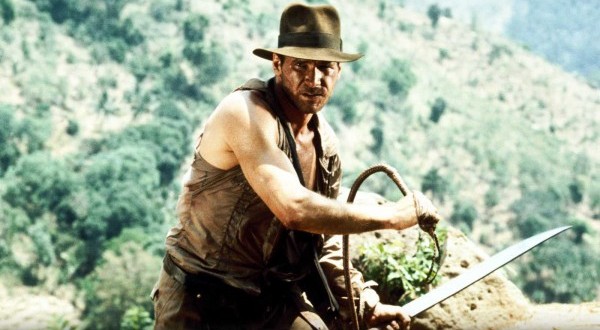 New Indiana Jones Movie Confirmed, Though It May Be Awhile

New Indiana Jones Movie Confirmed, Though It May Be Awhile

New ‘Indiana Jones’ Movie? While Star Wars does need another movie to revitalize the franchise, one could argue that Indiana Jones needs one more. After all, we still have the awful taste of a nuclear refrigerator and aliens in our mouths. Lucasfilm president Kathleen Kennedy finally confirmed that the studio is working on another adventure with our favorite archaeologist.

During her Vanity Fair interview for Star Wars: The Force Awakens, Kennedy said that another Indy movie will be made “one day” by Lucasfilm. “When it will happen, I’m not quite sure. We haven’t started working on a script yet, but we are talking about it,” she said.

This is the first official word we’ve had of a fifth Indy movie since Disney Studios chairman Alan Horn mentioned at a 2013 Variety event that they “don’t have a story.”

When Disney bought Lucasfilm in October 2012, the deal did include Indiana Jones, but they still had to work out a deal with Paramount, since that studio had distribution rights to the franchise. In December 2013, Disney finally got that deal done, so they won’t have to worry about Paramount again.

Kennedy’s comments also come after a few interesting rumors over the past few months. In January, there was a rumor that Disney wanted Chris Pratt (who doesn’t want Chris Pratt?). A couple of weeks later, another report claimed that Steven Spielberg wanted to direct a Pratt-starring Indy movie. Considering Spielberg has plenty of other projects to do, it seems like a stretch to expect him to be available.

Indy, like Han Solo in Star Wars, was played by Harrison Ford in four films. He hasn’t been seen swinging on the big screen since the much-maligned Indiana Jones and the Kingdom of the Crystal Skull.

Web articles – via partners/network co-ordinators. This website and its contents are the exclusive property of ANGA Media Corporation . We appreciate your feedback and respond to every request. Please fill in the form or send us email to: [email protected]
Previous: Hayley King : S. Carolina student accused of spitting in roommates’ food
Next: Sonia Vilon faces murder charges in 2014 double homicide